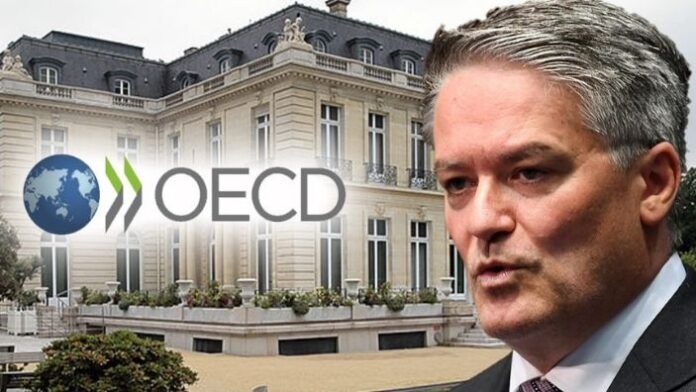 Australia’s former finance minister Mathias Cormann has been elected as the new head of the Organisation for Economic Cooperation and Development (OECD).

The 50-year-old will become the first person from Asia-Pacific to lead the Paris-based, 37-nation organisation, and takes the role in the middle of one of the worst global recessions on record.

The climate record of Australia’s longest-serving finance minister grabbed headlines ahead of his appointment.

He emerged as a surprise frontrunner, and beat out fellow top contender, Sweden’s Cecilia Malmstrom, a former EU trade commissioner.

Another eight candidates were whittled out of contention.

In a statement, PM Scott Morrison said that Cormann will make an “outstanding contribution as leader of the OECD.”

“I am delighted that the 38 member nations of the Organisation for Economic Co-operation and Development (OECD) have chosen Australia’s representative the Hon Mathias Cormann to be the organisation’s next Secretary-General,” reads the statement.

“The appointment is recognition of Australia’s global agency and standing amongst fellow liberal democracies and our practical commitment and contribution to multilateral co-operation.

“This is a great honour for Mathias who has worked tirelessly over several months to engage with leaders, senior ministers and officials of OECD member nations from Europe, Asia and the Americas. This is the most senior appointment of an Australian candidate to an international body for decades.

“Australia overcame great odds for Mathias Cormann to be successful in the contest, which comprised nine other high calibre candidates, including six from Europe.

*With information from the ABC and The Sydney Morning Herald