What to expect from the Federal Budget 2021: Aged care overhaul, borders and migration 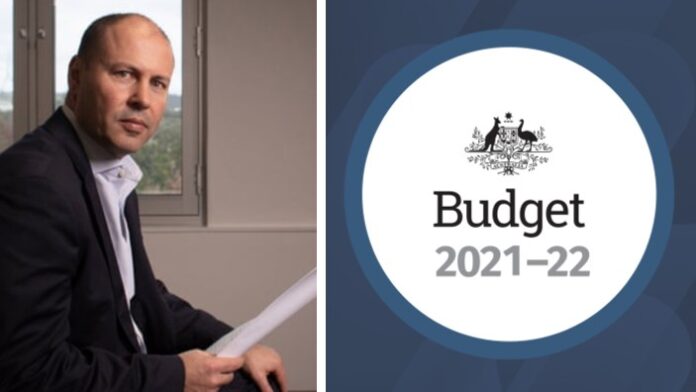 A remedy for a shortage of workers, support for the elderly to stay in their own homes and more resources for residential facilities will feature in a $10 billion-plus overhaul of the aged care sector.

Described by Health Minister Greg Hunt as the “largest package in Australia’s history” for aged care, the Federal Government’s 2021-22 Budget will seek to dramatically improve older Australians’ living standards and quality of life.

According to The Daily Telegraph, more funding for home care packages and an increase to the daily fee paid on a per bed basis to aged care providers — which were both recommended by the Aged Care Royal Commission — are expected to be included in the significant investment over the next four years.

“One of the important things that we have here is a response to the Royal Commission, which is based on ensuring that we have respect and care, and dignity,” Mr Hunt told The Daily Telegraph.

“What we want to do in all of these elements, is to make sure that aged care is accessible and as available as possible for as many as possible.”

Last year’s budget included $1.6 billion for 23,000 new home care packages, with the total number of recipients expected to reach about 195,000 by the end of the financial year.

Federal Treasurer, Josh Frydenberg, has also confirmed today that Australia will open its border next year in a budget plan to bring back migrants and speed up the economic recovery.

The federal budget, to be delivered by Mr Frydenberg on Tuesday, will include core assumptions for coronavirus vaccinations and infections to aim for the opening of the international border in 2022, several months after the forecast in last year’s budget.

“The borders will reopen when it’s safe to do so, and when they do, net overseas migration will increase, including skilled workers,” Mr Frydenberg told The Sydney Morning Herald and The Age.

“And those skilled workers play a very important role across the economy, but we’re not going to compromise public safety, or indeed the economic recovery, by moving ahead of the medical advice.”

Mr Frydenberg also said he wanted to restore migration to the level seen before the pandemic, which was 239,700 in 2018-19, according to population figures in the federal budget last October.

“We will get back to it over time. Obviously, net overseas migration went negative through this crisis,” the Treasurer told the Australian newspaper.

“You’ll see Treasury’s forecast for the coming years on Tuesday night, but that again is a pandemic effect, not a permanent change.

“I believe in a generous, sustainable immigration program that reflects the best of who we are, which is an open, tolerant, diverse country.”

The Federal Government’s border policy has long been criticised by the Opposition, with Labor Leader, Anthony Albanese, saying just last week that the closed borders had highlighted Australia’s reliance on temporary migrant workers and that “we should be investing in training Australians” to fill the skill shortages.