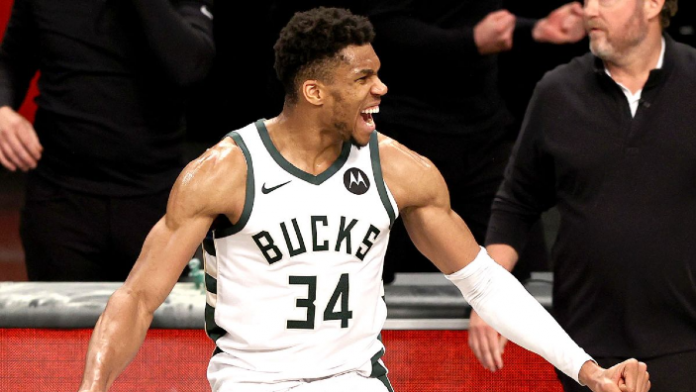 Giannis Antetokounmpo has become the first player in NBA history to record at least 40/10/5 in a Game 7 win on Saturday.

This comes after Antetokounmpo led the Milwaukee Bucks to the Eastern Conference finals after an epic win 115-111 in overtime in Game 7 against the Brooklyn Nets.

It was the NBA’s first do-or-die game to go to overtime in 15 years and the Greek Freak had an amazing performance with 40 points, 13 rebounds and five assists.

Nets star, Kevin Durant, took a 3-pointer to win the game with only seconds remaining, but came up short to allow Milwaukee to escape with the victory.

“At the end of the day, I try not to get too high, not to get too low. But I almost got emotional a little bit out there because the team really tried their best,” Antetokounmpo said after the match.

“We kept our composure. We were down 2-0. A lot of people didn’t believe we could make it.”

The Bucks will now face the winner of Sunday’s Game 7 between the Atlanta Hawks and Philadelphia 76ers. If they win there, they will advance to the NBA Finals for the first time since 1974.

READ MORE: ‘Give me your skills’: Tsitsipas receives gift from Giannis Antetokounmpo.