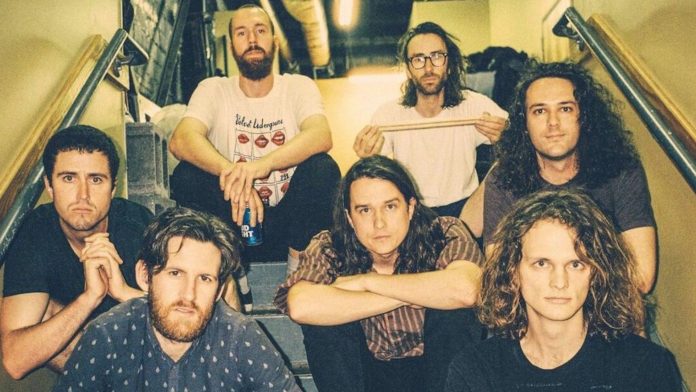 Australian rock band, King Gizzard and the Lizard Wizard, have announced 11 new translations for their new album Butterfly 3000, including the Greek language and one of the Indigenous languages of Western Australia, Noongar.

With over 1.4 million monthly listeners on Spotify, King Gizzard and The Lizard Wizard has a range of diverse listeners that this new adaptation of their album will hopefully reach and appeal to.

This was seen after a Greek fan reached out to the band and offered to do the translation for them to have the album available in their language.

In an interview with The Greek Herald, the band explained the motivation to translate their new album into multiple languages, including honouring the Indigenous People and their language as Australians.

This is what they had to say.

What was the inspiration behind the song?

Why was it important for you to translate the song into multiple languages and why did you pick Greek to be one of those languages?

We have such a diverse range of fans from all over the world. Translating Butterfly 3000 is a nice way for people to see their native language on our albums and for us to show them we appreciate our fans from all over.

Greek was one such language that a fan reached out and offered to do the translating for.

As an Australian band, why was translating the song for Indigenous Australians important for you?

It was important to translate Butterfly 3000 into an Indigenous language to show our respect and admiration to the Indigenous People whose land we live and work on.

In honour of NAIDOC Week, what is a message you would like to send to Australians?

In Australia, we’re leading the way in the world for the loss of our Indigenous languages, which is a heartbreaking statistic.

So, it’s so important that not just during NAIDOC week, but all year round, we centre and support organisations like the Langford Aboriginal Association who work to pass on their ancient language and culture.