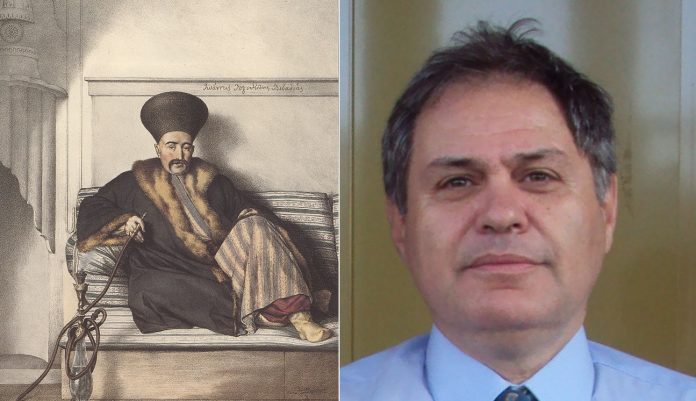 Socrates D. Petmezas, Professor of Modern Economic and Social History will present an online lecture entitled : The communal notables (kodjabashis) and their fiscal and political functions and role in the Christian communities in the Late Ottoman Empire, on Thursday 17 June, at 7.00pm, as part of the Greek History and Culture Seminars, offered by the Greek Community of Melbourne.

After a brief introduction on the position of the “Communes/Communities” – and of its communal leadership (kodjabashis) – in the interpretative tradition of Greek historiography, the characteristics of the kodjabashis (as communal leaders and dominant social elite) within the Community and the englobing society, as well as their role in the Ottoman tax administration and state structure will be analysed.

Τheir political role and the conditions for the reproduction of their political and social position will also be examined, as will the study of intra-communal conflicts, their causes and functions. Finally, some concrete examples of community tax functions (such as the cases of Hydra or Zagora on Pelion) as well as the classic example of the communal structure of the Peloponnesian taxation and administrative System in the second period of Ottoman domination (1715-1821) will be explored.

Socrates D. Petmezas, born in Athens (1957), graduated from the Economics Department of the Aristotelian University of Thessaloniki and continued his postgraduate and doctoral studies in Paris, in the École des Hautes Études en Sciences Sociales (EHESS). He completed his PhD, in 1989, under the supervision of Helen Antoniadis Bibicou and since February 1990 he has been teaching in the University of Crete. Since 2001, he is also a collaborating member of the Institute for Mediterranean Studies/FoRTH and the president of its Scientific Council. Presently he is the President of the Greek Economic History Association and a member of the management committee of the European Rural History Organization.