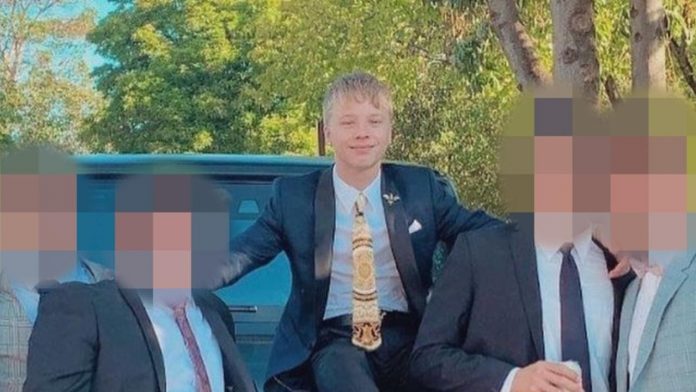 His co-accused on several of the charges include Comanchero bikie boss Cain Robert Dalwood, as well as one of Dalwood’s right-hand men, both of whom are charged with conspiracy to murder over an alleged Norwood assassination plot.

Alongside his uncle Theodore Tasman Broikos, Apostle Broikos appeared in a bumper session in the Adelaide Magistrates Court on Thursday where he was remanded in custody despite his lawyer highlighting his age.

Broikos is charged with trafficking in a large commercial quantity of a controlled drug at Yamba, in the eastern Riverland, on May 19, 2021.

The maximum penalty for that charge is a fine of up to $1 million, life imprisonment or both.

His co-accused on that charge, his uncle Theodore, Mark James Press and Dalwood, were all remanded in custody.

Press and Dalwood are also accused of conspiracy to murder, one of several alleged plots disrupted by Operation Ironside.

Apostle Broikos is also charged with manufacturing and trafficking in a controlled drug at Morphett Vale between January 1 and August 19 last year.

Broikos and many of his co-accused will appear again in court on July 1, when many of the state’s criminal lawyers are expected to ask for bail on behalf of their clients.