First Mosque of Greece to Open its Doors Upcoming Spring 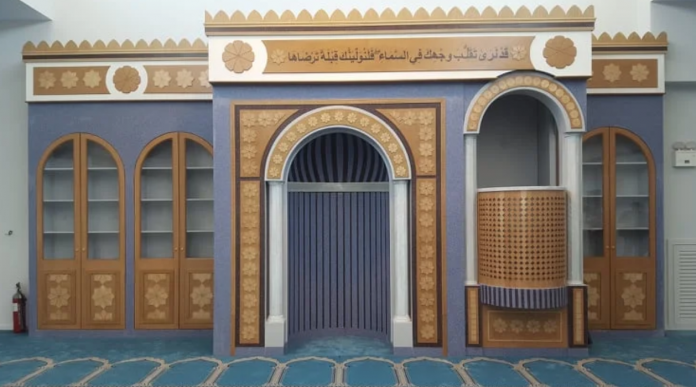 The Greek government is overseeing the service of its first-constructed mosque since gaining independence in 1821.

After years of debate and empty promises, Greece is set to open the doors of its first official mosque in the coming Spring. Initially, the Greek government planned to complete the mosque by 2004, coinciding with hosting the Olympic games. But with a legacy of 400-year Ottoman occupation, the construction of the mosque became a point of contention over the last two decades.

Once used as the site of a naval base, the government chose the Votanikos district for the construction of the mosque. Greek parliament reiterated the pledge in 2016, the National Herald reported. Meanwhile, the estimated 500,000 Muslims living in Greece make do with makeshift mosques in buildings, basements, and empty warehouses, as places of worship.

In the summer of 2019, the then Minister of Education and Religious Affairs oversaw the first official opening of the mosque, pending completion of security arrangements, administration, and cleaning services. “The right to religious freedom does not depend on how one ended up in our country. It’s like the right to education and health care (…) It is a non-negotiable human right,” the minister said, as reported by The Greek Reporter.

The construction of the mosque was met with both praise and criticism within the Muslim community. As the imam of the mosque, Sidi Mohammed Zaki expressed his gratitude to the Greek government and people: “The best person for Allah is the one who offers something to humanity. We thank the Greek people for accepting us as Greek citizens and Muslims, and I thank the Greek state for helping us set up this space.”

However, President of the Muslim Association of Greece Naim Elghandhour deplored the appearance of the mosque and sees it as an example of the inequality Muslims have to cope with in modern Greece. In March of last year, Elghandour took his disappointment to Thema 104.6 radio, stating: “Is this the mosque they’ve been telling us about for so many years?”.

Though the new mosque is funded by the state, Elghandour sees its appearance and limited seating, fit for around 300 people as a ‘pearls for swine’-attitude from Greek society. “My children go to school, to university, live equally with Greek children. But when they go to pray, one goes to church and the other goes to an underground garage. This proves to the young Muslim that he is not an equal citizen,” the Financial Times quoted Elghadour as saying.

With the Refugee Crisis in 2015, the arrival of refugees from Islamic countries within the Middle East has fuelled an already feverish debate on the role of Islam in Greek society. In November 2016, 15 members of nationalist groups occupied the site for the mosque, citing fears for the longevity of Greek identity, as reported by The New York Times.

The construction of the mosque became the topic of international debate, when President Erdogan of Turkey offered to pay for it, back in 2013. Seeking to reinstate the historical legacy of Ottoman rule within Greece, President Erdogan has expressed the desire to reopen the Fethiye Mosque in Athens, which has been closed since 1821, the year of Greece’s independence.

In the same vein, the Greek government is hoping to reopen the Orthodox Halki seminary, situated on the Halki island and has been closed by Turkey since 1971. “Look you want something from us, you want the Halki seminary. And I tell you (Greece), come, let’s open the Fethiye Mosque,” Erdogan stated prior to the local elections in 2019, according to France24.

But, unlike Switzerland where the construction of minarets has been outlawed by virtue of a referendum in 2009, the mosque in Athens has no minarets. On a quid pro quo basis, President Erdogan suggested earlier this week that if Greece wishes to reopen the Halki seminary, the mosque in Athens must have minarets.