Fiona McKergow appointed as Australia’s next High Commissioner to Cyprus 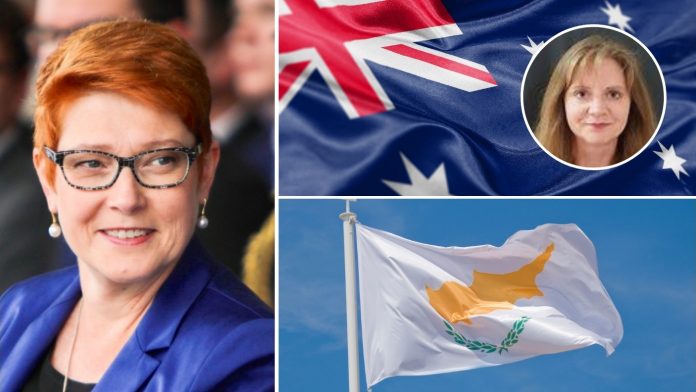 Minister for Foreign Affairs and Women, the Hon Marise Payne, has today announced the appointment of Ms Fiona McKergow as Australia’s next High Commissioner to Cyprus.

In a press release, Minister Payne stressed how Australia and Cyprus enjoy a warm relationship based on close community links and “Australia is fortunate to host the world’s second largest Cypriot diaspora.”

“Australia’s relationship with Cyprus is founded on our shared values and commitment to democracy, human rights and the rule of law. We have excellent cooperation in multilateral forums, such as the United Nations and the Commonwealth, to protect and advance these values,” Minister Payne continued.

“Australia continues to support efforts to achieve a just, viable and peaceful re-unification of Cyprus as mandated in UN Security Council resolutions, including through longstanding contributions to United Nations peacekeeping activities and the sponsorship of the Cyprus Academic Dialogue.”

Ms McKergow is a career officer with DFAT and was most recently Director, Bangladesh, Nepal and Bhutan Section. She has previously served overseas as Acting Consul-General in Kolkata, India.

In Canberra, she has worked in a range of Indo-Pacific focused foreign policy and development roles within the department, including on geo-economic issues in South Asia and Australia’s Step-up strategy for the Pacific. Prior to joining DFAT, Ms McKergow worked on climate change policy and agriculture trade policy.

Ms McKergow holds a Graduate Diploma of Legal Studies from the Australian National University; a Graduate Certificate of Humanitarian Leadership from Deakin University; and a Bachelor of Applied Science from the University of Canberra.