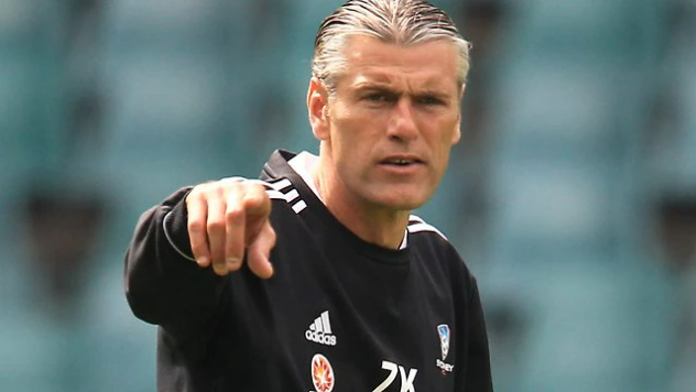 The move comes after his release from Greek side, Xanthi FC. He told croatiaweek.com it was difficult for him to return to Australia due to the COVID-19 restrictions.

“It is a good opportunity for me to have a look around what is happening here in Croatia. There is a lot of football happening so I will use the time for education and see what is next in store,” Kalac told the paper in February.

Kalac now has a big job on his hands at NK Urania Baška Voda. At the time of his hire, Urania had only registered one point in the first seven rounds of play.

The situation has not improved under Kalac’s first two matches in charge, with the former Socceroo seeing his team lose twice in the last two weeks.

The 48-year-old has had a long playing career both in Australia and Europe, featuring for a number of clubs including Sydney United, Leicester City, Perugia and AC Milan.

He also represented Australia and received 54 caps.  At 2.02 meters tall, he remains the tallest player to have played for the Socceroos.

Since his retirement from playing, Kalac has built a decade long career in management, largely serving as a goalkeeping coach for a number teams. His first head coaching position occurred last year with Sydney FC.

He stepped down from the position and followed Tony Popovic to Greece and joined Xanthi FC until he was recently released.