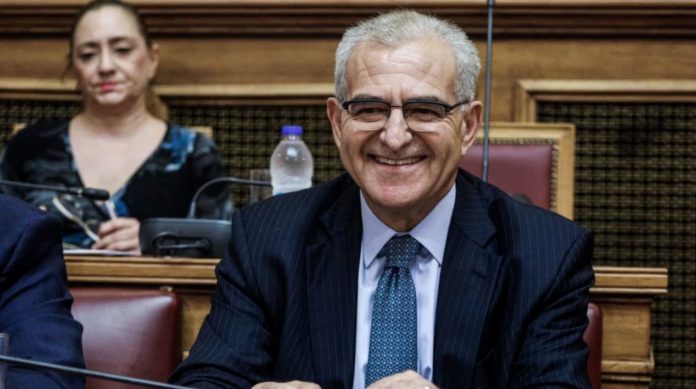 Upon stepping foot in Australia, information was released that former Deputy Foreign Minister of Greece, Antonis Diamataris resigned from his position.

While Diamataris had a 9-day tour planned across Sydney, Melbourne, Adelaide and Perth, to address the Greek-Ausralian diaspora, it has now been confirmed that his programmes have been cancelled.

The Consulate General of Sydney confirmed that Diamataris’ programme for Sydney had been cancelled. It is understood that the rest of his meetings around Australia have also been cancelled, and his visit to Australia has become a personal visit.

His resignation was accepted by Greece’s Prime Minister, Kyriakos Mitsotakis, and came after a scandal regarding Diamataris’ CV, where he listed he had a degree from Columbia University. It was recently discovered this was not true and he did not complete a degree at the prestigious university. Furthermore, it was discovered that he had also declared a fake year of birth (1959, instead of 1950), and the Ministry has now removed his studies at Queen’s College from his government CV.

“In the past few days, I have received personal attacks which are disorienting and aim to undermine the government and the prime minister, which I love and respect, as well as to undermine my work. For this reason, I submitted to Kyriakos Mitsotakis, with great pain, my resignation,” he said in a statement.