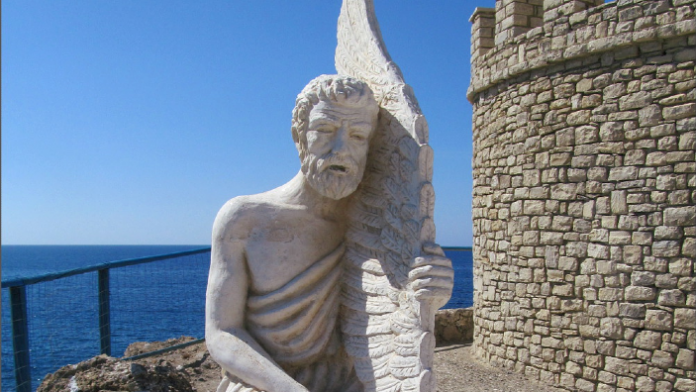 As we celebrate Father’s Day, it’s worth taking a moment to reflect on a few dads from within the history books who truly impersonate the word.

These mythological beings may not be the greatest of role models for dad’s around the world today, yet they still played a part in the story of their children and they had a profound impact on their lives, either in a positive or negative way.

While the members of this list and their actions are all fictional, that makes them no less significant in our efforts to improve upon ourselves. After all, they say history is one of mankind’s greatest teachers.

Listed below are some of the most well-known fathers to emerge from Greek mythology:

Kicking off our list is the all-powerful king of the dodekatheon (twelve gods) that were said to rule over ancient Greece. Zeus was known as the god of lightning and a polyamorous being. As such, he was father to many children, most notable among which were his fellow gods Ares, Efestus, Athena, Hermes and Aphrodite, and the half-mortal Hercules.

Living up to such a heavy legacy would be difficult for anyone, be they human or divine creature, and Zeus certainly didn’t make things any easier. Best described as a god who was quick to bring down judgement upon his lesser beings, be they mortals or even his own children, Zeus was known for his cruel and unforgiving character.

Father of many would-be gods, such as Poseidon, Hades and Zeus, as well as king of the Titans who ruled over all creation until the arrival of the twelve gods, Chronos received a prophecy that one day he would be murdered by one of his children.

After hearing that troubling bit of information, he promptly swallowed all his offspring, with the exception of Zeus, who was kept hidden away by his mother Rhea. Zeus eventually challenged his father, forcing him to spit up all his brothers and sisters before defeating him with the help of the cyclops and condemning him to a life of imprisonment at Tartarus.

The character from the story of the man who flew too close to the sun, Daedalus was father to Icarus, a young man who’s aspirations lead to his own downfall. After being trapped on the island of Crete by king Minos, Daedalus used wax from a candle, the feathers from a bird’s wings and some thread in order to create wings for himself and his son.

Despite warning Icarus not to fly too high, as the sun would melt the wax, causing the wings to break, the young man let his enthusiasm get the better of him, drowning in the Aegean Sea, near the island that is today known as Icaria.

Yet another character with strong ties to the sun, Helios was father to Phaedon and the one tasked with delivering the light from one corner of the earth to the other every single day on his chariot.

One day, the young Phaedon demanded to drive the chariot himself as proof of his lineage, something that Helios strongly advised against but as a god could not turn down. As soon as the young boy attempted to steer the fiery horses, they realised how inexperienced he was and began to run amok, causing untold devastation to the entire world.

Helios was then struck down by Zeus to avoid any further calamities, with his body falling into the Eridanus river.

Former king of Troy and one of the key players in Homer’s “Iliad,” Priam watched his nation fall and was enslaved at a very young age. Yet these events played an important role in the development of his character, as he would go on to be a benevolent king and raise a great nation.

He was eventually succeeded by his son Hector, whom he adored. His pain at the loss of his son to the hands of an enraged Achilles is one of the most significant moments in the entire story, as he drops his usually noble and quiet demeanor to storm into the Greek camp and demand the remains of Hector back from the general of the Greek forces.