‘Beyond our control’: Greek Australians risk hundreds in fees for flight cancellations 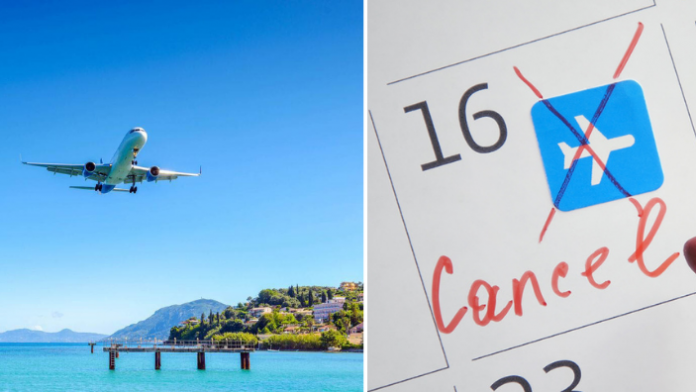 What would be a nine week-holiday in Europe for the Melbourne-based Kalamaris family in July 2020, has ended up to countless hours spent online on flight and accommodation cancellations, re-bookings and refund requests.

“I organised a family trip to Europe. To Italy, France, Greece and the Greek islands. I had booked flights with multiple airlines, accommodation and car rentals, then COVID hit.

“It took me many months and time to get refunded and rebook as my travel insurance policy was not covering for the pandemic and this is something I also had to deal with.”

After negotiations, Mr Kalamaris says he has received refunds or vouchers for most of the international and domestic flights and accommodation he booked but claims there are still airline operators in Greece who charge hundreds of dollars without taking into consideration their circumstances.

“When I explained that I am unable to leave Australia, most of the operators, including two Greek ones, provided me with vouchers that have an 18-month expiry from date of issue. In the instance that I am unable to use the vouchers, then I will receive full reimbursement plus 10% on top.”

However, the Greek Australian’s experience was not the same with other airline operators.

“With Sky Express I booked two flights from Corfu to Athens and Zakynthos to Athens. I paid once to change one of the flights last year, but now that I am asking for a full refund for the flights that are due later in July, I am called to pay a total of 380 Euro for two flights, which equates to $600.”

In emails seen by The Greek Herald the operator says that their routes operate as usual and due to the fact that they were not cancelled by them they “can proceed with refund or rebook of your tickets according to the fare rules of your tickets.”

Mr Kalamaris says he was aware that a cancellation fee was in the ticket’s Terms and Conditions but wonders how it is fair for consumers to be paying “regular cancellation fees given they have no other choice.”

“These were the terms and conditions but this situation is beyond our control. I can’t continue to be paying fees for flights sometime in the future when we have no idea if and when we will be able to use them,” he says, appealing to the company to rethink their policies for Australian travellers.

Last week, it was announced that Australia will temporarily reduce its intake of international passengers by 50 per cent over concerns about the highly transmissible Delta variant while nearly 34,000 Australians are still waiting to return home from overseas.

Sky Express was contacted for comment but has not responded.