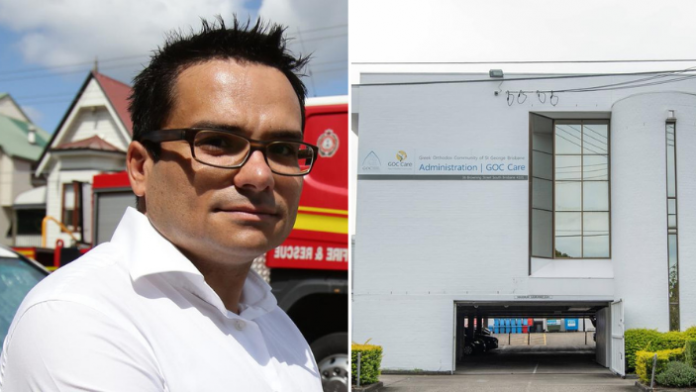 The president of St. George’s Greek Orthodox Community in Brisbane has sought to clarify which of its venues have been exposed to COVID-19.

Michael-Angelo Anastas is the President of the Greek Orthodox Community in St. George and says the organisation has been the victim of confused public health messaging.

“[The Queensland Government] refer to it as the community centre, and they shouldn’t be referring to it as that,” Mr Anastas said, clarifying “it’s the administration building on Browning Street which sits on the street opposite to where The Greek Club is.”

He says the listing was inaccurate as there has been no exposures associated with The Greek Club, church or childcare buildings.

“The Metro South Public Health Unit (PHU) has today clarified with the Director of the Greek Orthodox Community of St George about concerns relating to the naming convention on the Queensland Health contact tracing website,” Dr Young said.

“Information on the website will be updated to reflect that only the Administrative Building within the complex was affected and considered to be an exposure venue. I can confirm that other buildings within the centre are not a venue of concern at this moment.”

About 80 staff and volunteers from the Greek Orthodox Community of St George’s administration building are isolating after being deemed close contacts of two diagnosed cases.

They all have tested negative.

“They are doing well, looking after their safety and wellbeing is the main thing. We’re looking at ways to support them and make sure they can get through the 14 days or however long Queensland Health wants them to remain that way,” Mr. Anastas said.