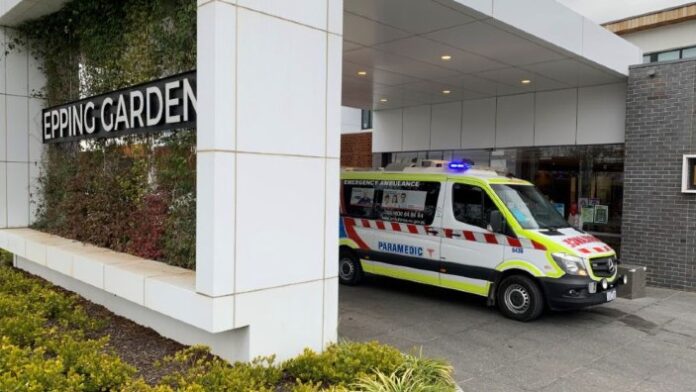 An independent review into two Victorian aged-care facilities has found that frontline workers hired to fill staffing gaps at the facilities were “inexperienced” and spoke just basic English.

The probe into St Basil’s Home for the Aged in Fawkner and Heritage Care’s Epping Gardens also found poor infection control, inadequate emergency planning and deficient leadership at the height of the outbreak.

The damning findings, contained with a review commissioned by the Federal Government, highlight the challenges faced by the aged care sector as it grappled with the coronavirus outbreak earlier this year.

More than 7000 aged-care staff were furloughed during the second wave because they were either close contacts or had contracted the virus, replaced with staff the authors of the report said were unsuitable.

“Most had little experience in aged care, and many spoke only basic English. With little preparation or supervision, it is not surprising that many did not stay and those who did, were quite likely traumatised,” report authors, Professor Lyn Gilbert and Adjunct Professor Alan Lilly, said.

Almost 700 older Australians died from COVID-19 in nursing homes during the pandemic, almost all of which were in Victoria between July and August.

The report reveals the managers at St Basil’s Fawkner “believed they were adequately prepared to manage a COVID-19 outbreak.”

But cracks began to appear in mid-July when rumours swirled about residents being infected and dying. Relatives spoke of their frustration at not being able to contact the nursing home as the pandemic worsened.

“Details of what happened after that are varied, but consistently reflect the extreme distress and suffering of families and their loved ones, of whom so many died,” the authors found.

The report said that after July 22, family members became “increasingly alarmed” after seeing their loved ones deteriorate, both mentally and physically.

“When they managed to get through to St Basil’s they often encountered staff whose English was difficult to understand and were sometimes unsympathetic or insensitive,” the report said.

“Often the caller also spoke of their own distress and feeling of helplessness.”

“Mostly they do not blame anyone for the outbreak, although some suspect St Basil’s was not well prepared,” the report states.

“What distresses relatives most was the neglect of basic care which, understandably, they interpret as a lack of respect and betrayal.

“And they are particularly saddened by their loved ones dying alone, sometimes without having seen their family members, in person, for months.”

However, St Basil’s Fawkner has rejected some of the report’s findings, “including any claim that it was not adequately prepared for a COVID-19 outbreak or that it did not comply with COVID-19 outbreak management protocols.”

“The home was inspected a number of times by independent and government authorities up until July 22, 2020, each of whom found that appropriate action was being taken by St Basil’s management and staff to combat the outbreak,” St Basil’s Fawkner said in a statement.

“That changed dramatically when contractors engaged by the Commonwealth moved in and took over the management of the facility on July 22.”

Epping Gardens boss says they desperately tried to save lives:

At Epping Gardens, the review found there was a false sense of confidence about how prepared the home was for a disease as insidious as COVID-19 proved to be during the second wave.

It also noted staffing problems at the site, with 86 workers infected and others isolating as close contacts.

“A group of casual staff were specifically recruited and assigned by the national surge workforce program to Epping Gardens to assist with cohorting,” the report noted.

“After several hours of inaction, the staff were withdrawn, causing much frustration in an environment where staffing resources were a precious commodity.”

Adding to the already significant problem was the suspension of a number of workers.

Some staff at the home attended a baby shower in an unused room at the nursing home, despite it being against pandemic regulations at the time.

“The matter was reported to Victoria Police and the Australian Health Practitioner Regulation Agency (AHPRA). Those proceedings remain underway,” the report said.

The managing director of Heritage Care, Tony Antonopoulos, described the experience of dealing with the virus as “a war”.

“We were desperately trying to save lives in that week,” he told the review.

“I can’t describe to you how desperate the situation was behind the scene; how helpless we felt and how isolated that we felt.

“This is the one time, the one event, where I felt I’m completely helpless. It was the worst feeling I’ve ever had in my life in that sense.”

Recommendations from the review:

Professor Gilbert said the aim of the investigation was not to apportion blame, but to learn from what happened.

“We identified seven major factors that we believed contributed that were related to both the facilities themselves and the support services provided by government,” she said.

“They related to the leadership and management within the facilities, communication between the facilities and the relatives, which was really poor in both cases, and relatives became really anxious because they couldn’t get any information during the outbreaks.”

The experts are now urging that key changes be made to ensure that the failings from the pandemic are not repeated.

“This review clearly identifies how easily things can go awry and that the preparations needed for such major outbreaks are often significantly underestimated,” they said.