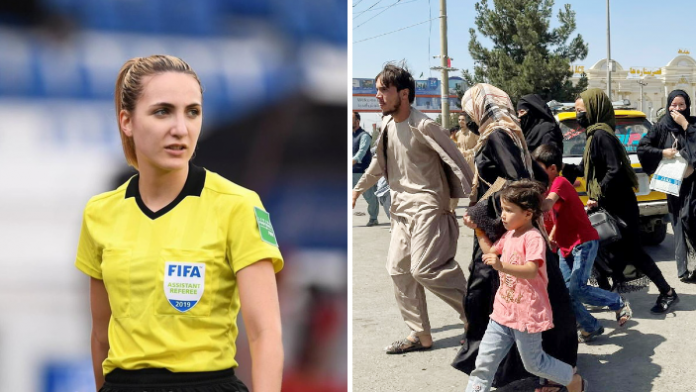 Australian referee, Joanna Charaktis, was sitting in lockdown in Melbourne when she saw over the news how the Taliban rapidly took control of Afghanistan after capturing its capital city, Kabul.

Speaking with the ABC’s Samantha Lewis, she says she instantly reached out to a Facebook friend from Afghanistan who was heavily involved in football and ended up helping her find a way out of the country.

“I spoke to my mentor, [referee] Allyson Flynn, and told her the story. She had just been included in a mentoring program with Women Onside and had been paired with [former Matilda] Moya Dodd,” she told ABC News.

“She [Flynn] reached out to Moya, who said to her, ‘There’s this whole rescue mission happening for the national football team, so maybe we can get these people on that list’.”

What happened next? Find out via ABC News.