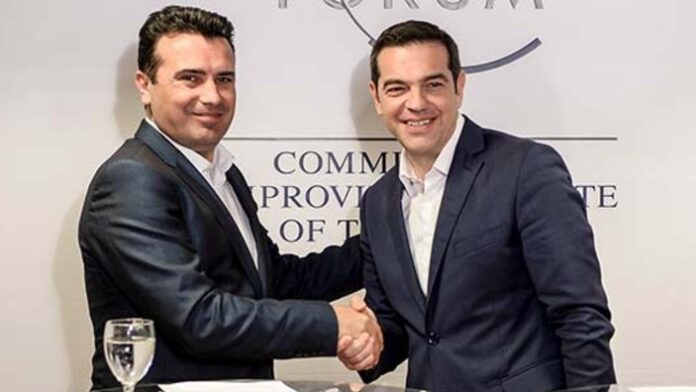 Tsipras and Zaev settled the name dispute between the former Yugoslav Republic of Macedonia and Greece with the Prespa Agreement on February 12, 2019.

“With the Hessian Peace Prize, we are honoring two people who have worked for peace and international understanding and who succeeded in resolving a conflict that goes back deep into history,” Boris Rhein, President of the Landtag, said after the award was announced.

“The two of them… reached an agreement in the decades-long conflict between their countries, Greece and Macedonia, over the name ‘Macedonia.’ In doing so, they achieved a truly diplomatic feat that no one had managed before.”

Board of Trustees member, Professor Dr Nicole Deitelhoff, added that Tsipras and Zaev “out their political careers at risk” to settle the name dispute.

“Zoran Zaev and Alexis Tsipras have departed from the pattern of insisting on maximum positions and ruling out agreement as defeat or treason,” Professor Deitelhoff said.

“In doing so, they put their political careers at risk and had to negotiate numerous compromises as well as concessions within their parliaments.

“The agreement is accompanied by the hope of good cooperation and partnership between North Macedonia and Greece. The settlement of the dispute is an example of reconciliation in the region and Europe as a whole.”

The Hessian Peace Prize was established in 1993 by Albert Osswald, the former Prime Minister of the German state of Hesse.

It is awarded annually to people who have rendered “outstanding services to international understanding and peace.”