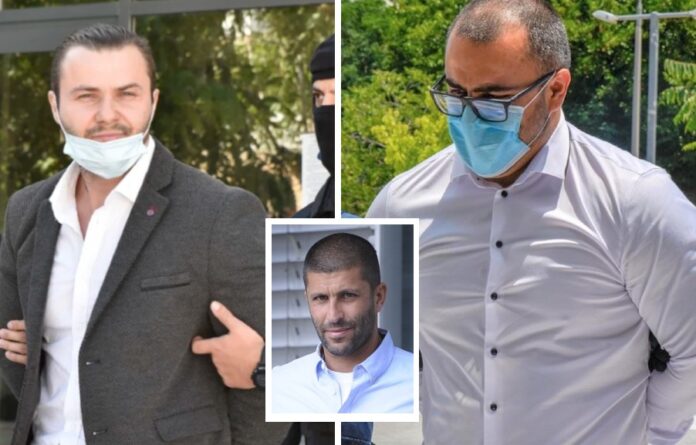 Two Bulgarian brothers accused of murdering Sydney gangster John Macris outside his home in Athens two years ago have been found guilty in a Greek court.

Macris was gunned down while sitting in his wife’s car that was parked outside his home in Voula on October 31, 2018, in what is thought to have been a contract killing.

One of the accused killers, Yuliyanov J Raychev Serafim, 33, was found guilty and sentenced to life in jail, which in Greece carries a 16-year sentence. He was also given an additional two years’ imprisonment for carrying a gun, making it a total sentence of 18 years.

His 36-year-old brother, Milen Raychev, who helped carry out the crime by driving the getaway car, was sentenced to 10 years in jail. However, he is expected to serve just three years in custody.

Macris’ wife, model Viktoria Karyda, wept outside the court after the sentence was delivered and said she was satisfied justice had been served.

“What my husband, who sees and listens to everything from the sky, wanted, happened,” the mother-of-two said through tears.

Macris’ mother was minding his two young children inside his home at the time of the murder.

CCTV footage shows Serafim unloading six bullets on Macris, who was heading to the opening of new offices for his new security firm in Greece.

He died at the scene and his body was buried in Sydney, Australia, where he had previously spent time in prison. He had a clean record in Greece, where his security and cleaning company bid for government contracts.

The brothers previously said they were innocent of the crime. Their mother and Serafim’s wife attended the verdict but did not speak to the media.

The lawyer for the convicted brothers, Alexandros Lykourezos, said he would be appealing the verdict.

John Macris’ father has stayed silent after his son’s killers were found guilty in Greece, as the court investigates a witness for perjury.

But he told News Corp Australia on Tuesday that he did not want to talk about the guilty verdict handed down to two hitmen in Greece.

“I’ve got nothing to say, you spoke to my daughter-in-law, thanks very much, goodbye,” he said, referring to John’s widow Viktoria Karida.