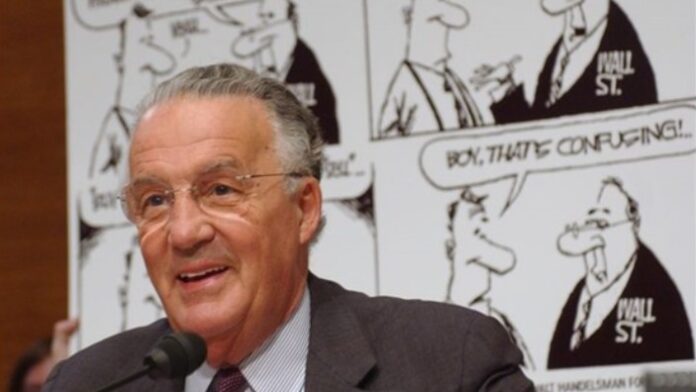 Paul S. Sarbanes, the son of Greek immigrants who rose the ranks of the Democratic Party to become one of the most powerful and respected US Senators, died at the age of 87 on Sunday night, according to his son.

The Democrat “passed away peacefully this evening in Baltimore,” said a statement by US Representative John Sarbanes, who represents Maryland’s 3rd Congressional District.

Sarbanes’ office didn’t immediately reply to questions about details of the death such as the cause or where he was when he died.

A workhorse with a consistently liberal voting record, the elder Sarbanes in 2000 became the state’s first US senator to win a fifth term.

“Our family is grateful to know that we have the support of Marylanders who meant so much to him and whom he was honored to serve,” John Sarbanes’ statement said.

Born in Salisbury on February 3, 1933, Sarbanes was the prototype of the self-made Greek American.

He grew up around the restaurant owned by his parents, Spyros and Matina, landed a scholarship to Princeton University and went on to become a Rhodes scholar. He graduated from Harvard Law School in 1960, the same year he married his British-born wife, Christine. They had three children.

Sarbanes’ wife, Christine Sarbanes, a retired educator, died in 2009. The couple had another son, Michael A. Sarbanes, and a daughter, Janet M. Sarbanes.

A private funeral service is planned.

“Following state, local and public health guidance amid the COVID-19 pandemic, our family will hold a private service in the coming days,” John Sarbanes’ statement said.