Nick Kyrgios says Djokovic must be ‘held accountable’ for mistakes 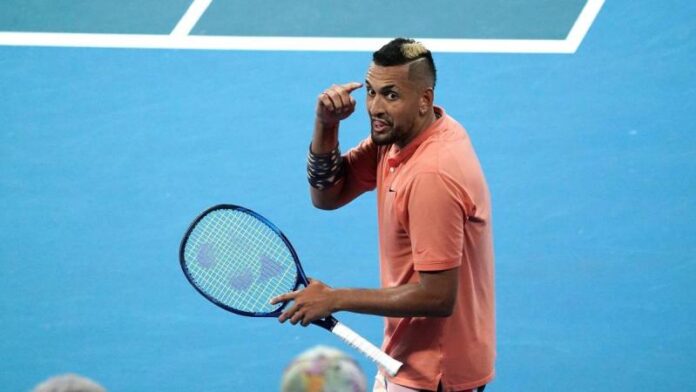 Nick Kyrgios has hit out at Novak Djokovic again, this time claiming the World No. 1 is setting a poor example for younger players and needs to be held accountable for his actions.

Speaking to CNN, Kyrgios said some of the things Djokovic was doing during the global pandemic “wasn‘t the right time”.

“He is one of our leaders of our sport. He’s technically our LeBron James in the way he has to be setting an example for all tennis players,” Kyrgios said of the 17-times Grand Slam champion in an interview with CNN.

“I think when he was doing some of the things he was doing during the global pandemic, it just wasn’t the right time. I know everyone makes mistakes, some of us go off track sometimes, and I think we have to hold each other accountable.

“No one else was really holding him accountable. Everyone loses their way a little bit but I think he just needs to pull it back.”

Kyrgios last week showed annoyance at Djokovic’s proposal for demands in hotel quarantine, labelling him as a “tool”.

Speaking in an interview with ESPN Argentina, Nadal also addressed Djokovic’s actions — although he didn’t mention the Serbian by name — and preparations ahead of the tournament.

“Some need to make public everything they do to help others,” he said. “Others do it in a more private way without having to publish or advertise everything we’re doing. The calls we make to help the most disadvantaged players, some of us don’t need to want to advertise on it.”

“Complaints are understandable and totally respectable. Where is the privilege line or not privileges? There it is already a little different and I have a different vision than other tennis players.

“Here in Adelaide, conditions have been better than most players in Melbourne. But there are players in Melbourne have larger rooms where they can develop physical activities, others have smaller rooms and can’t have contact with their coach and their physical trainer. Where’s the line? It’s an ethical issue and everyone has their own opinion and they are all respectable.”

“At the time of talking about fair play or equal conditions, people don’t tend to complain about the position of those who are worse off than them. In the end we all try to get the most out of our possibilities and help each other.”