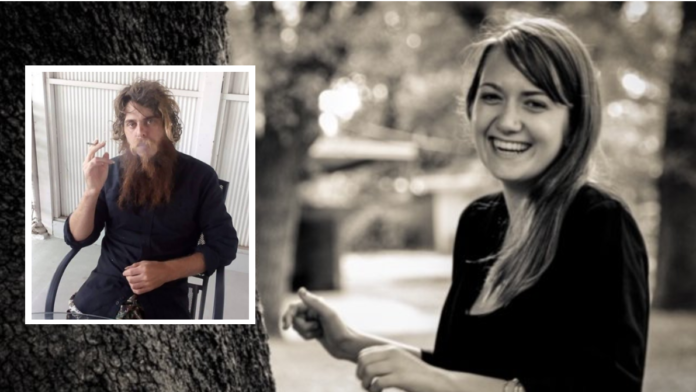 A man who used a tree branch to beat a woman to death in a Melbourne park has been found not guilty of murder because of mental impairment.

Henry Hammond, 28, was charged after 25-year-old Courtney (Konstandina) Herron’s body was found underneath branches at Royal Park, in the city’s north, in May last year.

But today, Justice Phillip Priest directed that a verdict of not guilty be recorded in Victoria’s Supreme Court because of Hammond’s mental state at the time of the killing.

For the first time, the horrific circumstances of Ms Herron’s death have been laid bare in a special hearing before the court.

CONTENT WARNING: Readers may find the contents of this report distressing.

In May last year, Ms Herron and Hammond were walking through Royal Park in the early hours of the morning when Hammond picked up a branch.

“Are you going to kill me?” Ms Herron asked him.

Hammond, who was homeless at the time, then struck his victim in the face and beat her to death.

“He was so intense he was grunting. It went on for 50 minutes. Just constant bashing,” said one witness, who was sleeping in the park and whose account was relayed to the court by crown prosecutor Melissa Mahady.

Hammond then tied Ms Herron’s legs together and dragged her body into a clearing where he covered her with branches, before taking her phone and wallet.

Hours earlier Ms Herron, who met Hammond that day, had treated him to dinner before they smoked ice together.

Security footage from the restaurant shows them bantering happily.

When investigators caught up to him the next day, Hammond told them that he had recognised Ms Herron from a past life and that she had been treacherous to his family.

He said he believed she had buried his wife alive and that he had finally gotten his “revenge” on her when a tree branch seemingly fell to the ground.

Detailed psychiatric reports from two doctors have revealed that Hammond was in the grips of schizophrenic relapse at the time of the killing.

Schizophrenia is a serious mental illness that affects 1 per cent of the population, and is characterised by psychotic symptoms such as delusions and voices.

Hammond has had schizophrenic symptoms since 2017, and continues to have them.

Forensic psychiatrist Rajan Darjee told the court that the delusions would have felt real to Hammond during the episode.

“If he was not suffering from this mental illness, the attack wouldn’t have occurred,” Dr Darjee said.

He disagreed with suggestions from Ms Herron’s loved ones that Hammond was pretending to be unwell, and said it was “virtually impossible” for him to be faking schizophrenia.

“I think it would be very unlikely that he would be able to feign these symptoms in various different contexts.

“He has refused treatment and says he is not unwell.”

Dr Darjee also said that Hammond’s condition was not caused by drugs, although they may have worsened it.

Hammond has been remanded in custody and will return to court next month.