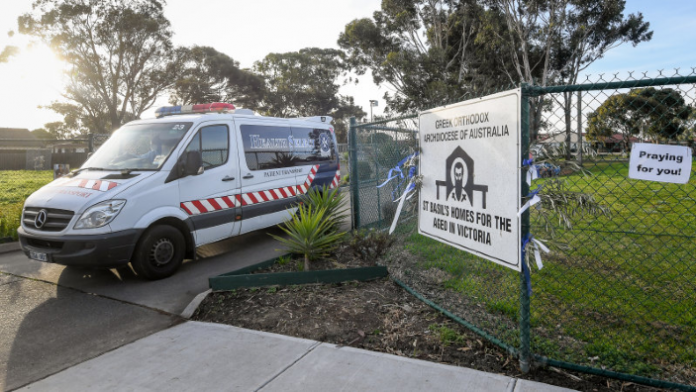 A coronial inquest into a COVID-19 outbreak at St Basil’s Home for the Aged in Fawkner, Melbourne has today heard that some residents were left ’emaciated’ from neglect.

According to news.com.au, clinical care responder, Jacinta MacCormack, told the inquest residents were in desperate need of care from the moment she arrived at the aged care facility on July 22.

“They were unwell, they just didn’t have enough food in them… There was a couple that actually looked quite emaciated, their hips were sticking out,” Ms MacCormack said.

When questioned about the handover process, Ms MacCormack said the transition was “not comfortable at all” and management at the aged care home were “quite hostile” and “not forthcoming” with information.

This news comes as Milena Avramovic, the former deputy director of nursing at St Basil’s Fawkner, also told the Victorian coroner on Monday the transition period was ‘like a warzone’ and ‘chaos.’

“I just did what I thought was right at the time,” Ms Avramovic told the court.

“It was chaos, it was so much to do, it was a pandemic… We all worked so hard under huge pressure.”

Ms Avramovic, who worked at St Basil’s Fawkner between 2015 and August last year, said she did not believe she could ever work in aged care again.

“What happened at St Basil’s – it destroyed me. It destroyed me psychologically, emotionally, socially and ­financially,” she said.

Five residents at the centre died of neglect while 45 died of COVID-19 in July and August last year, in one of the country’s deadliest outbreaks at an aged-care home.

The five-week coronial inquest into the deaths of residents at St Basil‘s Fawkner will hear from about 65 witnesses, including nurses, centre managers and family members of the loved ones who died.

Source: news.com.au and The Australian.