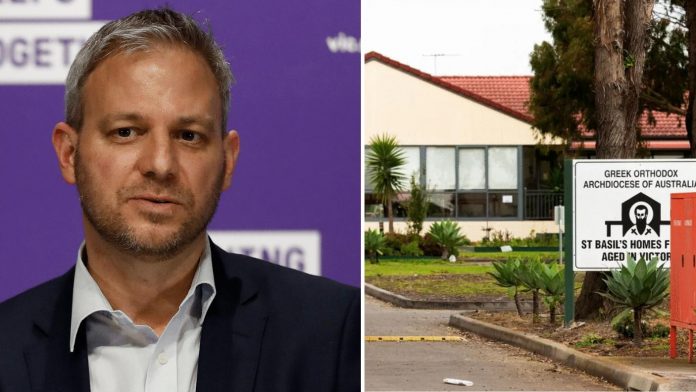 Sutton told an inquest into the home, where 45 residents died after contacting COVID-19 last year, that the decision was conditional on an emergency workforce being found.

Staff at the home, who were declared close contacts, were replaced by inexperienced agency staff.

The inquest has heard that almost half of the necessary workers could not be found the day before the handover on July 22. It also heard residents had missed meals and medications within hours of the transfer.

“I think everyone understands that if there was no sign of replacement staff on [the] 22nd (2020), the handover would not take place,” officer Sutton said.

Sutton conceded his direction that staff had to furlough by close of business that day could have been clearer.

Prof Sutton said he had not been told of any specific problems in finding an emergency workforce, although he had not made any inquiries himself.

He agreed he was aware his direction would mean replacing the entire St Basil’s workforce, which would result in losing the clinical governance framework for the home, a challenging situation without enough workers with adequate experience

Under examination by counsel assisting Peter Rozen QC, Sutton said he was asked to personally endorse in writing the move to furlough staff, after the chairman of St Basil’s initially refused to follow health directions.

“This ongoing outbreak represents a significant and serious threat to public health,” Sutton wrote to the home’s chairman.

Also on Friday, the inquest was told state health authorities knew St Basil’s would be at least 30 staff short the day before it furloughed the home’s workforce.

The shortage represented almost half of the 66 workers needed to cover shifts at St Basil’s on July 22 last year, the day its workforce was sent home.

Victoria’s health department has provided another 2000 pages of evidence to the inquest as it concludes its second week of witness testimony, with one lawyer telling Victorian State Coroner John Cain that there had been no time to review the documents.