No food or medicine after takeover: Inquest continues into St Basils Fawkner 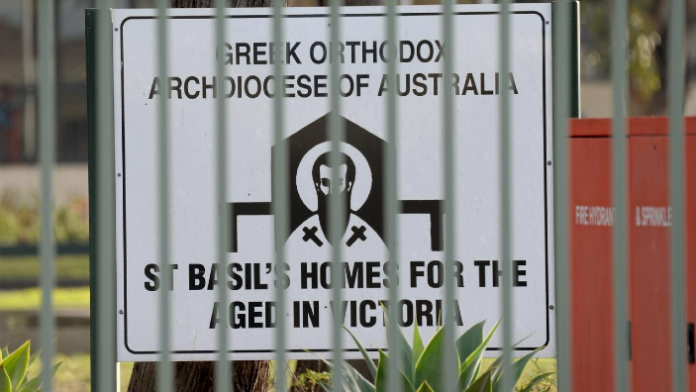 A Victorian inquest into the COVID-19 outbreak at St Basils Home for the Aged in Fawkner has continued today with Coroner John Cain hearing that there was a lack of food and medicine for residents within hours of quarantining staff at the facility.

A cook at St Basils Fawkner, Connie Apidopoulos, told the inquest today the elderly residents at the aged care facility were “like our parents” and the home was usually a warm and kind place to work.

But on July 22, the day new staff took over, she had just a few hours to brief a replacement worker who had no prior experience, the Australian Associated Press reports.

“I will never forget that day… very stressful, we didn’t know what was going on,” Ms Apidopoulos told the inquest.

Afterwards she said she watched on from a nearby lounge room as the new staff breached infection controls and failed to give residents their medicine.

“They were coming out from their rooms, very stressed, looking for medications, looking for food… it was a disaster,” Ms Apidopoulos said about the residents.

Also on Monday, Dr Naveen Tenneti, who oversaw public health policy in Victoria at the time, told the inquest that more people would have died at St Basils Fawkner if staff had not been laid off.

Dr Tenneti testified the decision to furlough workers was appropriate and made after tests showed “significant and worrisome” levels of transmission at the home.

The inquest was told last week that St Basils Fawkner’s management did not co-operate with the furlough plan, and on Monday the inquest heard suggestions that keys and computer passwords were not provided to replacement staff.

The hearing continues this week.