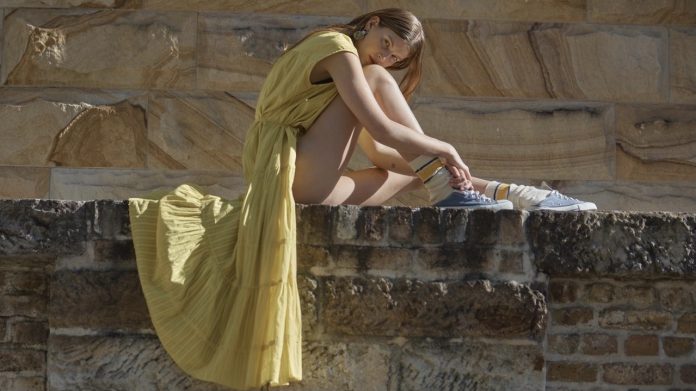 The two friends forged ahead with their plan after returning to Sydney from working in Ulla Johnson’s team in New York.

““The whole label was set up on the idea that we would be travelling and going to work with (local) artisans,” Leondaridis tells The Australian.

When the Covid-19 pandemic halted international travel just as they began planning their label, “we had to do it all from our living room”.

Their first collaborations are with suppliers in India and Morocco, where the cottons are grown, spun and handloomed, and the resort-style clothing is manufactured.

An additional line out of India re-purposes remnant cotton voiles.

In the near future they hope to expand their global footprint to work with artisan groups in Peru for ikat handlooms and alpaca knits; in Madagascar for crochet work; Brazil for shoes and leather goods; and at home to work with Indigenous Australian artisans for woven products.

“We’re working with all these other countries and artisans,” says Kelso. “We’d love to do something at home.”

The pair have their carbon footprint and sustainability top of mind, aiming to create recyclable pieces.

“Trends overall made me really tired and they’re responsible for most of the waste going on on this planet.”

The brand aims to appeal to a broad range of similarly minded women.

“A lot of ours styles are not real­ly fussy on fit,” Kelso says. “The beauty is the handwoven fabrics…”

The brand is operating on a direct-to-consumer model via its website, with a Sydney pop-up planned for December; it also aims to work to its own pace.

“We’re moving away from the traditional fashion calendar,” says Kelso.

“We’ve got to work with the artisans. We’re not trying to push harsh deadlines on them like has happened (with other brands) in the past. We’re delivering when things are ready.”

To that end, the brand won’t adhere to seasonal collections, instead “just doing a few styles when we get inspired by something – it’s a bit more organic rather than designing your four big collections a year and meeting wholesale demands”. New pieces are expected to be released each month.

Leondaridis and Kelso have Greek heritage, which in a sense is woven through the garments.

Derived from the Greek words for sun and thread, Ilio Nema pieces each have a gold thread woven in, or detailing such as runs of tiny golden beads, alluding also to the myth of Ariadne, who gave Theseus a golden thread to find his way out of the maze after killing the Minotaur.

Leondaridis says this “sun thread” is also about “finding your inner centre and your true wisdom” – something she and Kelso can relate to as they find their way on their own adventure.