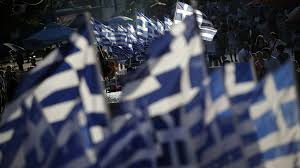 Greece is aiming for higher investment and tax cuts to assist with economic growth in 2020 as the country recovers from a decade-long debt crisis.

Greece has revealed an ambitious budget for next year that assumes growth will accelerate to 2.8 per cent from a projected 2.0 per cent this year, driven by higher investment inflows and cuts in corporate and personal income tax.

The finance ministry plans to boost revenues by raising the percentage of electronic payments required to earn tax breaks and at the same time increase annual taxes on luxury second homes outside big cities.

Greece also said on Monday it had hired several international investment banks to reopen its March 2029 debt issue, as it looks to take advantage of a sharp fall in its borrowing costs.

Greece, once the focus of the eurozone debt crisis, returned to the international bond market this year and saw its borrowing costs hit record lows as eurozone government bonds surged.

Greek 10-year government bonds yielded 1.442 per cent on Monday afternoon, down from more than 3 per cent in March.