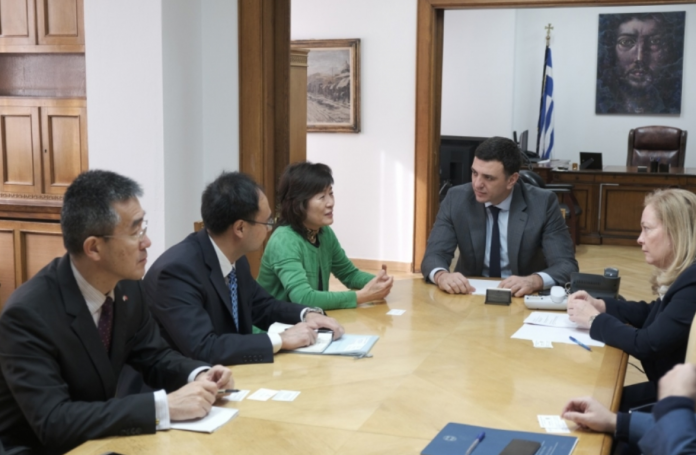 Greek Health Minister Vassilis Kikilias recently held an emergency meeting with the Ambassador of China to Greece, Zhang Qiyue, and with infectious disease specialists to discuss additional measures in view of the coronavirus outbreak.

Earlier today, Hong Kong announced that it had banned outbound travel from China in efforts to address the epidemic which has gone from nine fatalities last week to 106 people dead and at least 4,547 infected on Tuesday.

China’s ambassador to Athens confirmed that the government had banned all organised trips in and out of China in efforts to prevent the spread of the virus.

In Greece meanwhile, Kikilias announced on Tuesday, the hospitals across the country that will be handling possible cases of the 2019-nCoV, which Chinese disease experts said is contagious from a two-meter distance.

According to the health ministry, hospitals in Greece equipped to deal with coronavirus incidents are:

On Monday, Greek Tourism Minister Harry Theoharis said he was in regular contact with Kikilias and National Public Health Organization (EODY) officials on the issue, noting that an estimated 200,000 visitors from China traveled to Greece in 2019, up from some 180,000 the year before.

“The first priority and for tourism purposes is to ensure that there are no problems in the country itself. We are monitoring the issue,” said Theoharis during a tourism ministry 2020 strategy presentation on Monday.

The Center for Disease Control and Prevention and the US State Department on Monday expanded their travel advisories. Japan and South Korea decided earlier today to send charter flights to the Chinese city of Wuhan to evacuate their citizens, while more than half a million South Koreans signed a petition calling for a total ban on travel from China into the country.