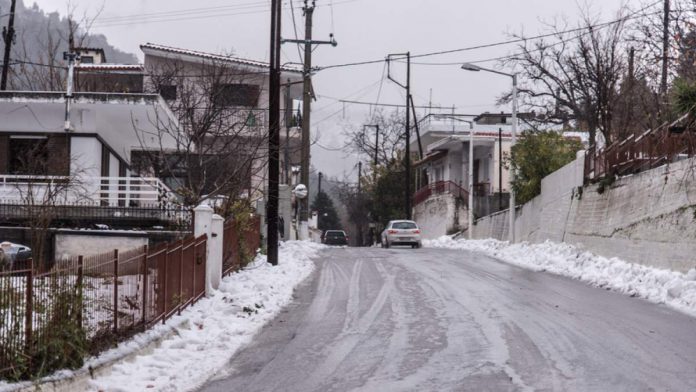 A cold front that has hit Greece, named ‘Zenobia’, has taken its first victim.

A 94-year-old man from Plataea in southeastern Boeotia, died of complications from a power generator and electricity outage due to bad weather. The gas from the generator then entered the house where the elderly man and his 64-year-old son were losing consciousness.

Ambulance arrived in the late afternoon where the 64-year-old son regained consciousness, but the 94-year-old man was announced the first victim of Zenobia.

“Four machines were launched to create access and only two were able to reach it,” said Deputy Civil Protection Officer, Thanassis Karakantzas.