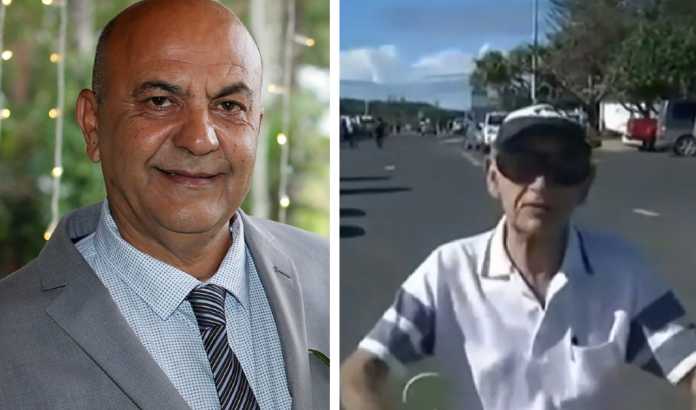 Twenty-one people have died across NSW since October as a result of the devastating bushfires that have burned through more than five million hectares and destroyed more than 2100 homes.

The Daily Telegraph remembered the 21 lives lost in the Australian bushfires so far. Among this group were 2 men of Greek heritage.

Chris Savva’s family has paid tribute to the grandfather who successfully defended his north coast home from the Kian Rd fire, only to find the wooden bridge — his only way out — destroyed by the flames.

The long-term resident of South Arm near Bowraville was found dead in his upturned SUV after it ran down an embankment when he had turned around to try and make it back home. He lived 18km outside town.

“He would have had a long night (defending his home). He was incredibly brave to have done that,” one of his daughters Bianca Waters, 36, said.

“He was a doting father and his grandchildren were the apple of his eye. He was a wonderful man,” Mrs Waters said.

“He was incredibly kind and had a great sense of humour. He really was a hero.”

George Nole was found dead in a burnt-out car at the Kangawalla fire zone.

The Greek-born Australian was an electronics genius who had worked on NASA’s Apollo missions but moved to the isolated village of Wytaliba to “be himself”, friends said.

The Wytaliba Mr Nole joined in the 1980s was a laid-back place popular with nudists.

He was a stalwart of the community, often riding his cycle around the village, and voted for the Sex Party.

“The 86-year-old had a sticker on his car which read ‘Sexy Senior Citizen’,” local Brett Miller said.

Mr Nole was known to attend parties in Lederhosen and was a “reclusive nudist”.

“There was a bell at the front of his house that you would ring to tell him you were coming,” Mr Miller said. “That would give him enough time to put some undies or something on.

“If you didn’t ring that and just went to the door, he would just open it and you would get the full view.”

Friends said Mr Nole had been diagnosed with leukaemia in 2014 and had been prepared to die.

The other 19 civilians were identified as: