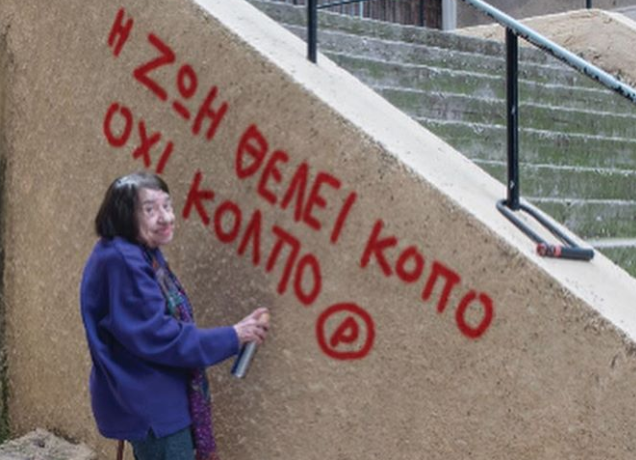 Anghelaki-Rooke was born in Athens in 1939 and studied in Athens, France and Switzerland.

She obtained a degree from the School of Translators and Interpreters and worked as a professional translator from English, Russian and French into Greek.

Her godfather, prominent writer Nikos Kazantzakis, played a decisive role in the intellectual formation of her personality. At his urging, she published her first poem “Solitude” in the Greek literary magazine “Kainourgia Epochi” (New Age) in 1956.

Her first distinction came when she was awarded the 1st prize in poetry of the City of Geneva (Prix Henche) in 1962. In 2000 she received the Ourani Award from the Academy of Athens for her body of work.

The poet also lectured and read poems at US and Canadian universities.

Anghelaki-Rooke’s work includes The Scattered Papers of Penelope, Translating Into Love Life’s End, Beings and Things of Their Own, Enantios erotas, The Body Is the Victory and the Defeat of Dreams, and From Purple Into Night.

Commenting on her passing, President Prokopis Pavlopoulos hailed her work for providing an “invaluable contribution to the altar of the Greek spirit and especially our literature.”

The funeral service will take place on the island of Egina.