Tsitsipas faces off against Frenchman Gasquet in epic tennis return 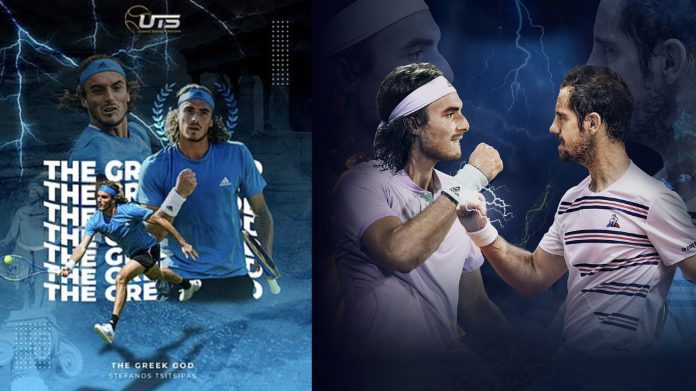 Played behind closed doors, Greek international Stefanos Tsitsipas will face off against Frenchman Richard Gasquet in the opening round of the UTS Showdown.

The two professionals will face off against each other live on June 13 at the Mouratoglou Academy, in the South of France.

Set to be the event that “revolutionized” tennis, the Ultimate Tennis Showdown (UTS) is organised by Greek-French tennis coach Patrick Mouratoglou.

Ten matches will be streamed using on-court cameras and live-coaching every weekend for 5 weeks, starting from June 13-14.

According to Mouratoglou, the tournament is intended to allow players to express their emotions more “freely”.

“I would like the fans to benefit from better access to the players’ emotions, especially on the court where the code of conduct is a significant obstacle to that” explains Patrick Mouratoglou.

The tournament is said to stand out from existing tennis circuits, introducing new rules, an innovative fast-paced format, a lightened code of conduct, and live coaching.

Tsitsipas affirms tennis isn’t condemned to be a sport “for old people,” and, in his opinion, UTS will play a role in this reframing: “I can see a swap. I believe UTS is going to provide something fresh. And it’s also a way to change our sport. An evolutionary product. Which is going to open new doors and make tennis a bit more modernized and more updated.”

The tournament can be watched from the Ultimate Tennis Showdown website: HERE.