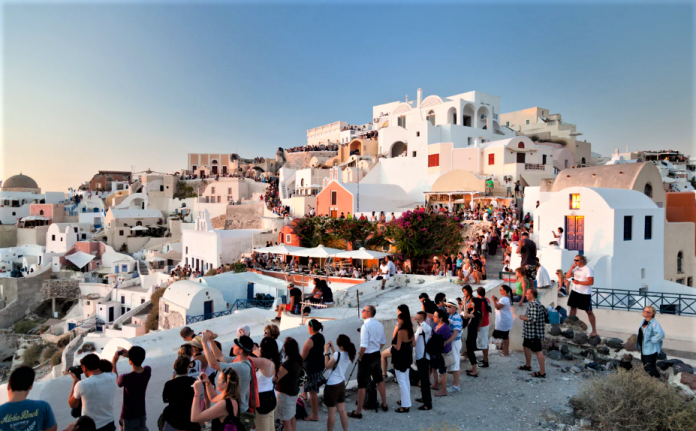 Greece’s long-awaited tourist season will officially begin on June 15 with the opening of seasonal hotels, while international flights will begin heading directly for holiday destinations as of July 1, the government said on Wednesday.

In an address to the nation, the Greek Prime Minister, Kyriakos Mitsotakis, said tourists will be allowed to enter Greece without taking a coronavirus test or remaining in quarantine, but health officials will conduct spot tests when required.

“Our visitors will undergo test sampling and our general health protocols will be observed, which will not overshadow, however, either our bright sun or the natural beauty of Greece,” Mitsotakis said.

“Our weapon is the passport of security, reliability and health that our country has won. Its great fame. The shield of health in every place of hospitality. And of course, the passion of the Greek who is always inspired by the hospitality of the Greek god of Zeus.”

Elaborating on Mitsotakis’ announcement, Tourism Minister Haris Theoharis said flights will initially only land in Athens’ International Airport when services resume on June 15 but will eventually extend to all the airports as of July 1.

“The first tourists will be from countries where epidemiological data is encouraging such as the Balkans (Bulgaria) and countries in northern Europe, such as Germany,” Theoharis said.

Theoharis also stressed authorities will boost the healthcare capacity of several tourist destinations by providing tests and doctors, as well as an operational plan for the handling of possible infections (a hotel doctor, quarantine areas and transfer to a health facility).

READ MORE: Strict new rules for hotels in Greece as they prepare to reopen on June 1.