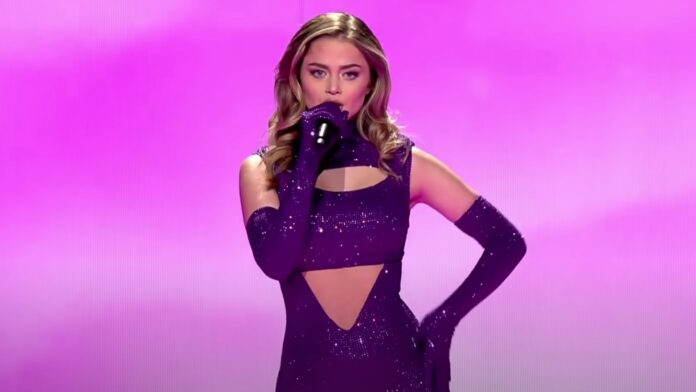 Stefania stole the hearts of Europe in the Second Semi-Final of the Eurovision Song Contest 2021, advancing through to the grand final this weekend.

The eighteen-year-old showed incredible maturity and vocal range for her age, being one of the best competitors on the night. Released on YouTube only two hours ago, the video has already received over 130k views.

Many noticed Stefania’s glamorous purple outfit, further adding to the the story of ‘Last Dance’. While captivating audiences in the crowd, the Greek singer’s intentional stare at the camera made everyone at home feel like they were standing with her on the stage.

Her Eurovision entry is written by a team of Eurovision veterans including Dimitris Kontopoulos (You Are The Only One and Shady Lady), Greek production team Arcade and Sharon Vaughn (Scream and Waterline).

“Our whole team believes a lot in our song that we have this year. A prediction does not make sense. We put all our efforts to have an excellent stage presentation and we want Greece and the Greeks wherever they are to feel proud of the result they will see,” Stefania told local media.

Cyprus also managed to qualify for the Eurovision grand final, while Australia’s pre-recorded video performance failed to progress past the first semi-final round.