Greek coffee: Better for you than regular coffee? 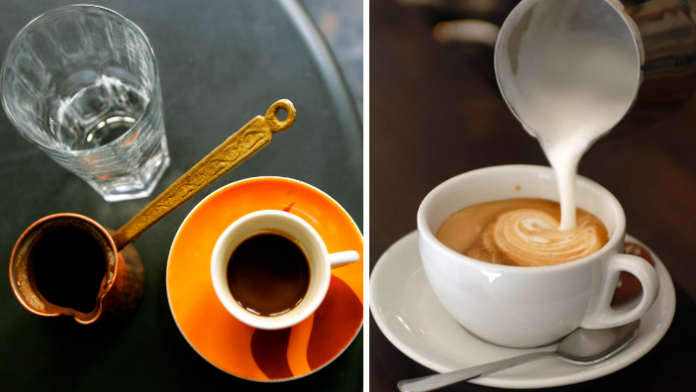 Most of us kick start our day with a cup of coffee. First thing in the morning we need that caffeine hit to wake us up, but are we drinking the right cup of coffee every day?

A 2013 study showed that swapping out your regular coffee every day for a Greek-style coffee may offer some health benefits. The study looked at the connection between the diet and the lifespan on residents on the island of Ikaria in Greece, who statistically lead longer and healthier lives than anyone else on the planet, but why?

Through looking specifically at the resident’s coffee drinking habits, the researchers found that 90 percent of participants consumed boiled, Greek coffee daily. The participants also showed better endothelial function which are caused by the production of endothelial cells.

According to Cedars-Sinai, endothelial cells “release substances that control vascular relaxation and contraction as well as enzymes that control blood clotting, immune function, and platelet (a colourless substance in the blood) adhesion.”

The difference between the coffees you are used to, and Greek coffee do not lie in the beans, rather the preparation of the coffee before it is drunk.

Greek coffee is boiled in water with a little bit of sugar either on a stovetop or in a small open machine called a “Briki.” When the coffee starts to bubble, it is removed from the heat and cooled slightly to revealed what indicated the perfect Greek coffee, the “kaimaki,” that beautiful crema that forms on top of the coffee.

Many Greeks can sit for hours on the same cup of coffee, topping it up every now and again with a little bit of water. Many attribute the Greek laid back lifestyle to the lifespan that many Greeks have, but a combination of that with a healthy diet is the best recipe for a long and healthy life.