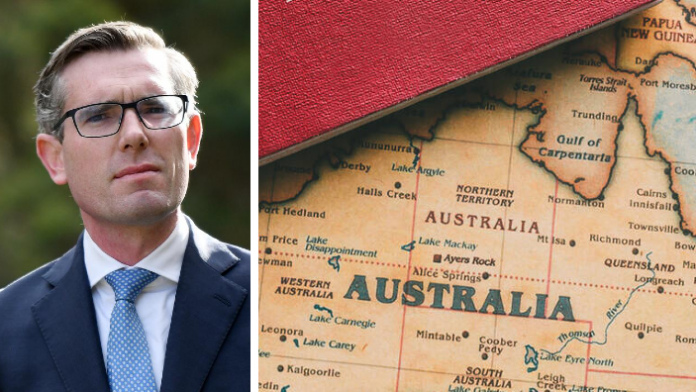 NSW Premier, Dominic Perrottet, is being urged by his top bureaucrats to push for a staggering boost in net migration over five years.

According to NSW government advice seen by The Australian Financial Review, the new Premier has been urged to push for a “national dialogue on an aggressive resumption of immigration levels as a key means of economic recovery and post-pandemic growth.”

“An ambitious national immigration plan similar to Australia’s post-World War II approach would ensure Australia would benefit from skills, investment and population growth,” Mr Perrottet was told in the advice.

The top-secret, politically sensitive document was prepared by the NSW government’s top mandarins as part of an incoming premier’s brief put together by the Department of Premier and Cabinet.

In a sign Mr Perrottet is taking the advice seriously, he said on Monday that the borders need to be opened up amid a “general labour” shortage to ensure a healthy economic recovery.

“If we lose this opportunity, those skilled migrants will go to other countries,” he said. “We won’t get those engineers, those accountants, they’ll commit to other projects.”

Mr Perrottet is pushing to end NSW’s 14-day hotel quarantine system and replace it with a shorter period of home-based isolation, and is also revisiting inbound passenger caps.

“I think by next year we’ll see a very different sort of immigration policy, and I hope we’ll start to see more people coming in and filling those jobs.”

This news comes as the Federal Government delivered the 2020-21 Migration Program in September, including the largest Partner Program in over 25 years by processing in excess of 72,000 places for couples seeking to reunite.