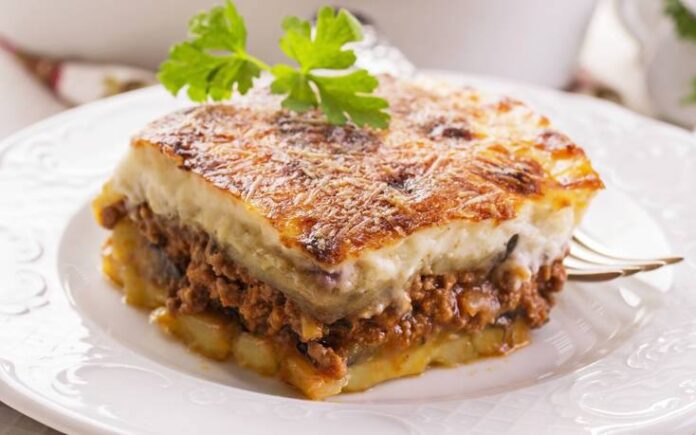 Moussaka is a signature Mediterranean dish served in most Greek taverns and at large family gatherings. The decadent layers all come together to form one of the most hearty traditional Greek meals. Whilst this dish takes a bit of time to assemble, it is well worth the wait and definitely a crowd pleaser!

For the meat sauce:

For the bechamel sauce: