What we learnt from Aesop Fables 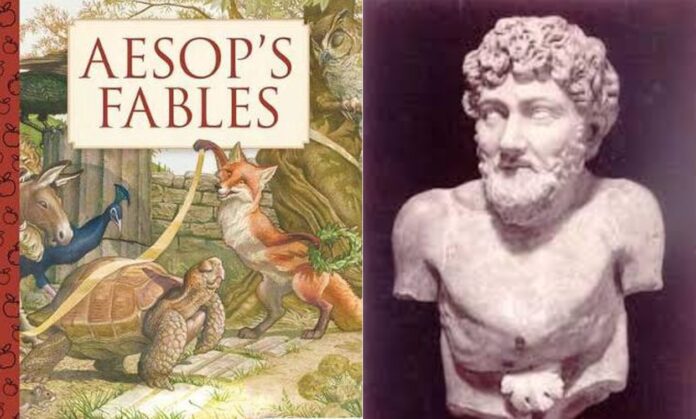 Aesop fables, or Aesopica, is a collection of fables credited to Aesop, an ancient Greek slave and storyteller. The classic tales have since been developed to become one of the best-known children’s story books that most Greek Australians grew up with.

The tales typically follow an animal as the main character faced with a challenge and guided to learn right from wrong. The fables are the perfect way to introduce children to concepts of conscience, kindness and empathy. Whilst they are suitable children’s books, they were originally created as allegorical myths, used to make social and political criticisms on humanity.

Some of the most famous Aesop fables have subconsciously taught us fundamental life lessons. We’ve listed our top three Aesop fables and what we’ve learnt from them;

The race is not always to the swift! The Tortoise and the Hare follows a race between the two animals, as one is overconfident and belittling, while the other takes his time and eventually wins the race, teaching us patience and humility.

Moral of the story: Slow and steady wins the race!

The Boy Who Cried Wolf is one of the most popular and well known Aesop fables. This short story follows a young boy who lies about being hurt, and when he is actually hurt, no one believes him. This story teaches us to be truthful and honest to family and friends.

Moral of the story: A liar will never be believed, even when he is telling the truth.

In this famous Aesop fable, a countryman would sell the golden eggs his goose would lay. As he acquired wealth, he grew greedy and impatient and cut his goose in half. But he didn’t find a single golden egg inside and now lost his precious goose.

Moral of the story: Those who have plenty want more and so they lose all they have.