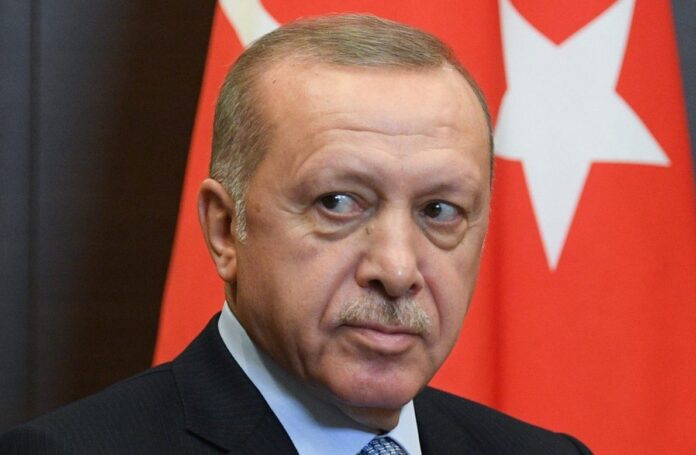 Recep Tayyip Erdoğan has looked to of backed down from military conflict with Greece and a United Europe, as the Turkish President said dialogue was the “only solution” to the ongoing East Med dispute.

Turkey and Greece, NATO allies, are vehemently at odds over claims from both nations for hydrocarbon resources in the region. Tensions rose higher on Monday after Ankara launched exploration operations in a disputed area of the Mediterranean; a move Greece called illegal.

Speaking to members of his ruling AK Party, Erdogan said the escalation of tensions in the region was caused by Greece, and urged Athens to respect Turkey’s rights. “The path to a solution in the eastern Mediterranean is via dialogue and negotiation. We are not chasing any unnecessary adventures or seeking tensions,” he said.

While Erdogan is now seeking “dialogue and negotiation”, the Turkish President claimed only five days prior that he did not need to engage in discussion with Greece over the issue.

“There’s no need for discussion with those who have no rights, especially in maritime zones,” Erdogan told reporters after participating in prayers at the Hagia Sophia mosque.

Greek and Turkish warships still shadow the Oruc Reis which was conducting seismic research in an area Greece says is over its continental shelf. Mitsotakis said Greece had deployed naval vessels to the area and placed its military on alert in response to the Turkish deployment of its own fleet.

The Prime Minister said Greece “(does) not fear even the toughest dialogue,” as it had faith in its positions, but that “dialogue becomes irrelevant in a climate of tension and provocation.”

“We will never be the ones to escalate the situation. Yet, self-restraint is only one aspect of our power,” Mitsotakis said. “No provocation will … go unanswered. We have demonstrated that we will respond, if necessary. And we will do so again if it is required.”