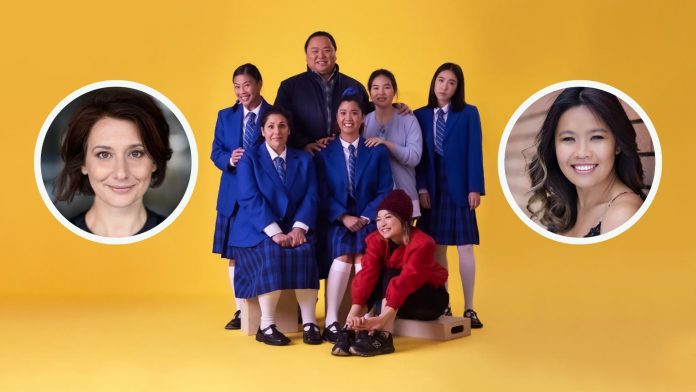 The Melbourne Theatre Company adaptation follows protagonist Lucy Lam and cuts between her past 15-year-old and present 35-year-old self.

Lucy is a member of the Asian diaspora in Australia and audiences will witness her as a teenager in the 1990s trying to navigate the elitism of her private school as well as her experiences of casual and explicit racism.

Petra Kalive started at the Melbourne Theatre Company in 2020 as the nation went into its first lockdown. She tore through Pung’s novel in 24 hours and as a Greek Australian felt connected to the story and its recurring topic of class and race.

With a keenness to adapt the novel, Diana Ngyugen came immediately to Kalive’s mind, she told The Guardian.

“I thought there was a fabulous humour in the work and lived experience that Diana would be able to speak to and understand intrinsically,” she said.

“Both writers didn’t have the language as teenagers to describe or understand their experiences with racism or xenophobia; words and concepts such as “microaggression” simply didn’t exist in the everyday lexicon,” writes Giselle Au-Nhien Nguyen.

“As a young person, you’re just trying to exist in the world and all your energy is spent trying to deal. I definitely don’t feel like my peers were equipped with the nous that young people are now,” Kalive concluded.