On this day: The Battle of Gorgopotamos 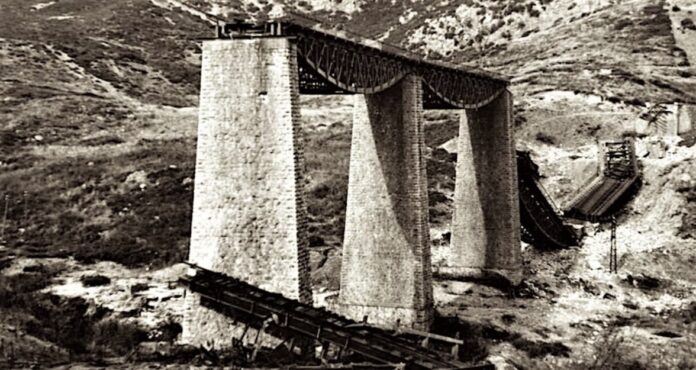 The Battle of Gorgopotamos, also known as Operation Harling, was a pivotal event within World War II. It was one of the first major sabotage acts in Axis – occupied Europe and the beginning of a permanent British involvement with the Greek resistance.

Operation Harling was a result of collaborative action between the British Special Operations Executive (SOE) in cooperation with the Greek resistance groups EDES and ELAS. The groups met late summer 1942, to discuss their tactical plan. The plan consisted of blowing up one of the three bridges Papadia, Asopou and Gorgopotamos (all three are located in the mountain range of Brallo), over which passes the railway line from Thessaloniki to Athens.

The strategic benefits of destroying the railway lines which connect Thessaloniki to Athens would immensely help both Greek and British operation, as it would cause the supply of Rommel’s German army to be cut off in North Africa.

In the following days, British officers Colonel Eddie Myers and Captain Hamson spotted all three possible sabotage areas and deemed the Gorgopotamos bridge to be the easiest target.

In the few days leading up to the operation, all party leaders arrived and the area was inspected by a joint guerrilla group. By November 22nd, the final plan was drawn up and the operation was set for the night of November 25th.

The Gorgopotamos Bridge was guarded by over 100 Italian and German soldiers who each held heavy machine guns. Little did they know, they had over 150 SOE, EDES and ELAS soldiers coming their way. The plan was to neutralize or harass the guard by the guerrillas, while the commandos would place the explosives to blow up the bridge.

Finally, at 11:07pm on November 25th, the attacks took place and everything went according to plan. By the next morning, two sections of the bridge had been blown up, putting the railway out of operation.

The victory for Britain and Greece in the Battle of Gorgopotamos was a great reward to the tried Greek people and turned out to be one of the largest, successful acts of sabotage in World War II.

Out of the 150 men who undertook the operation, only four soldiers were injured. However, a few days later, in retaliation, 9 Greek patriots were executed in the area of the damaged bridge. Whilst Operation Harling was an extremely successful operation, its impact was unfortunately limited, as it was carried after a holiday, causing its two month delay. By this point, Rommel’s forces had already moved further west, and thus the supply through Greece played no role.

In 1964,  thousands of people gathered in Gorgopotamos to celebrate the 22nd anniversary of the bombing of the bridge.