On This Day: Eratosthenes Calculated the Earth’s Circumference in Ancient Greece 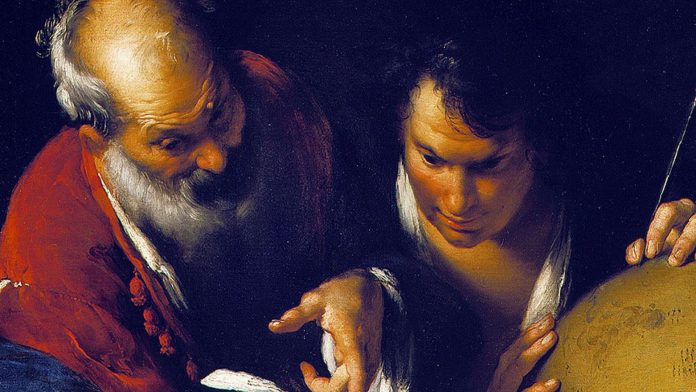 Ancient Greeks made some of the most impressive astronomical discoveries in history, including when Eratosthenes calculated the circumference of the Earth.

It wasn’t until the mid-20th century that we managed to launch satellites into space and determine the exact kilometers of the circumference of the Earth: 40,030.2 kilometers.

But how, then, could the ancient Greek mathematician, Eratosthenes, manage to find pretty much the exact same number, without having any pictures of Earth from space or even proper measuring tools?

Born in Cyrene, an ancient Greek colony in modern-day Libya, in 276 BC, Eratosthenes was a polymath–meaning that he had vast knowledge of many different subjects, including mathematics, astronomy, music theory, and poetry.

Over two thousand years ago, Eratosthenes heard that in Syene, a town south of Alexandria in Egypt, no vertical shadows were cast at noon on the summer solstice as the sun was directly overhead.

He decided to conduct an experiment. On June 19, he went to Alexandria and put a stick directly in the ground and waited to see if a shadow would be cast at noon.

It turns out there was one, and he tried to measure it. The shadow cast measured to about seven degrees.

Eratosthenes accomplished many feats throughout his life, including the creation of a chronology of Greek history, an algorithm to find every prime number, and the first global projection of the Earth.