On This Day in 1939: Alexandros Panagoulis, pro-democracy politician, was born 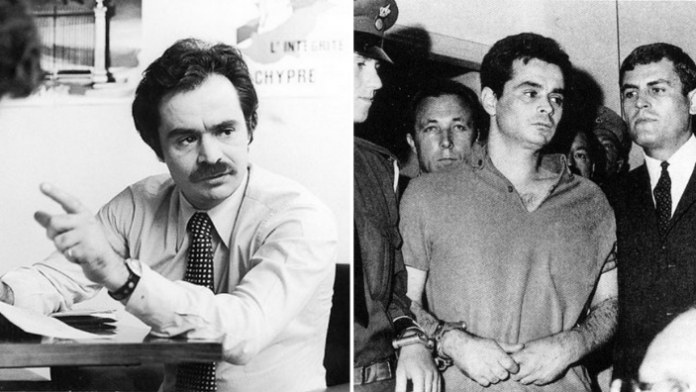 Alexandros Panagoulis was a politician and poet from Greece. He was an important participant in the battle against the Colonels’ Regime in Greece.

Alexandros became a hero of the people not just for his failed assassination attempt on dictator Georgios Papadopoulos on August 13, 1968, but also for his prison abuse.

Alexandros studied electrical engineering at the National Technical University of Athens, he was influenced by democratic values when he was a teenager. As a result of this influence, he joined the Centre Union party’s (E.K.) youth organisation, known as O.N.E.K., led by Georgios Papandreou. The organisation was eventually renamed Hellenic Democratic Youth (E.DI.N.).

Alexandros Panagoulis was deeply involved in the battle against the Colonels’ Regime. Because of his democratic beliefs, he quit the Greek military and established a group called the National Resistance. He went into self-exile in Cyprus and began to plan action for his battle against the dictatorship.

Panagoulis was tried by the Military Court on 3 November 1968. And only two weeks later, he was sentenced to death, along with the other members of the National Resistance. After the sentence was delivered, he was transferred to the island of Aegina to be executed. Due to political pressure from the general public both nationally and globally, the junta chose not to execute him, instead they imprisoned him on November 25, 1968, at the Bogiati (Boyati) Military Prison outside Athens. During his imprisonment, Alexandros Panagoulis, who refused to collaborate with the junta, was tortured physically and psychologically. On June 5, 1969, he escaped from prison but was quickly re-arrested and transported to the Goudi camp for a short time. Due to his escape attempts and lack of cooperation, he was sent to solitary confinement at Bogiati, from where he also attempted to escape many times, but with no success.

After four and a half years in prison, he was released in August 1973 as the Papadouplus dictatorship attempted to ease its restrictions and control by offering freedom to all political prisoners. To continue the resistance, Panagoulis moved into self-exile in Florence, Italy. There was hosted by Oriana Fallaci, an Italian journalist, his companion, and later his biographer.

Alexandros Panagoulis was elected as a Member of Parliament for the Center Union – New Forces party in the November 1974 elections following the restoration of democracy during the Metapolitefsi.

He also launched dozens of new charges against mainstream politicians, alleging that they had openly or covertly worked with the junta.

Alexandros Panagoulis tragically died in 1976 on the 1st of May, when he was involved in a car accident. A memorial of Alexandros was placed in the cemetery, Cimitero Evangelico agli Allori in Florence, Italy.