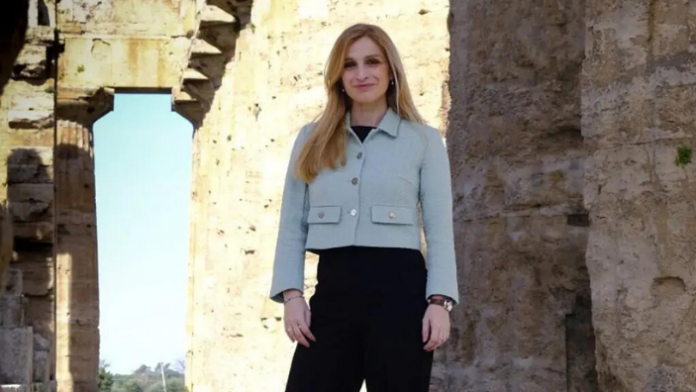 The ancient Greek city of Paestum is on the Italian south-west coast, and it is hardly a sight you could miss due to the extravagance of its majestic temples.

The city was only rediscovered in the mid-18th century thanks to The Grand Tour, which was an elite travelling experience reserved for the aristocratic youth at that time.

These beautifully extravagant temples are now under the care of Tiziana D’Angelo, one of the youngest people to direct a big Italian cultural site and only among the few of her female colleagues.

In an interview with The Guardian, Ms D’Angelo said that her reaction when she found out she had gotten the job was not the serious and composed reaction you would expect.

“You would expect a very serious and composed reaction but the first thing I did was scream,” Ms D’Angelo said on her reaction when she found out she had gotten the job.

“Then came tears of joy.”

Ms D’Angelo went on to talk of her journey to Paestum and how it began as a child as she would visit the site with her family. Her dream began there.

She would return when her studies brought her back in 2012 to conduct research on the funerary paintings that adorn the walls of the tombs.

“I returned periodically and collaborated with Gabriel Zuchtriegel [the former director] on exhibitions, and so I maintained a relationship with the site,” said Ms D’Angelo.

“But never would I have imagined that one day I would come back here as director. It’s a dream.”

The Easter weekend was Ms D’Angelo’s first as director, and there was a record number of visitors, a good sign that she could be in for a busy time.

“I am grateful to all who made this opportunity possible,” Ms D’Angelo said.

“Not only the director general who chose me, but my parents and the teachers at high school who made me passionate about the ancient world and art.”