On This Day: Melina Mercouri calls for the Parthenon Marbles to be returned to Greece 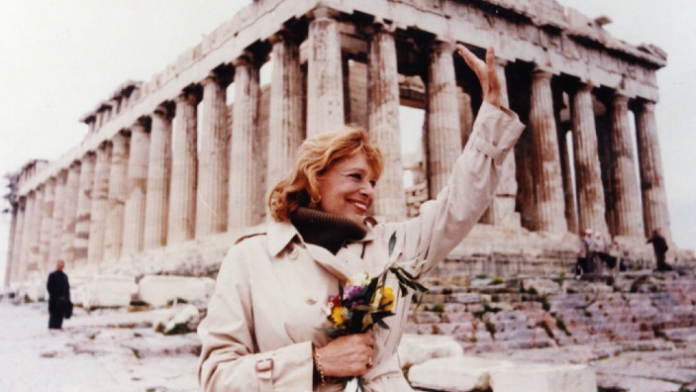 On July 29, 1982, then-Minister of Culture in Greece, Melina Mercouri, addressed the World Conference on Cultural Policies organised by UNESCO in Mexico City.

At the conference, Mercouri seized the opportunity to address the issue of the repatriation of the Parthenon Marbles to a global audience and demanded they be returned to Greece.

In her speech in front of other Ministers of Culture who attended the conference, she urged for the support of the global community to Greek people’s claim. As she stated in her speech:

“It is now some six months since I dared make the suggestion that these marbles ought to be returned to Greece. Since then a small storm has been raging. But what I find most interesting is the fact that, following an interview with the BBC, I had hundreds of encouraging letters from individuals and organisations in Britain. I detect in these letters the English people’s love of justice and beauty,” Mercouri said.

After this enthralling speech at the UNESCO conference, Mercouri immersed herself further in a battle for the repatriation of the Marbles and she wasn’t alone.

In 1983, the British Committee for the Reunification of the Parthenon Marbles was established. Shortly after this, and following correspondence between the Australian committee and Mercouri, she visited Australia. While in Australia, she asked the inaugural chair of the Australian Committee, Emanuel J Comino, to extend support to the newly formed British Committee.

READ MORE: It’s time to sue: David Hill, Chairman of ‘Australians for the Return of the Parthenon Sculptures’.

Following the continuously expanding influence of the campaign, on October 1984 the Greek government made its first claim for the return of the Marbles and soon received its rejection from the British side.

Since then, the issue of the reunification of the Parthenon Marbles has been in the political and cultural agenda of all consecutive Greek governments.