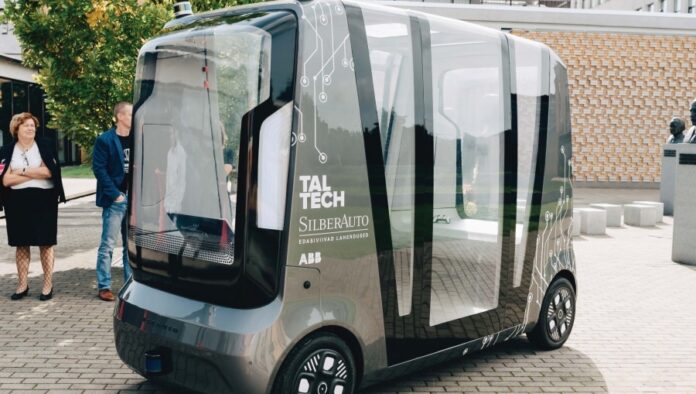 The self-driving Estonia-made smart bus Iseauto has begun it’s trial in the Greek city of Lamia as part of a pilot project for autonomous public transport.

Led by Estonians, a self-driving street-approved vehicle will be operating in Greece for the first time in history. Known for its high-tech accomplishments, Estonia is set to gain ground internationally by offering its high-tech smart production.

The self-driving minibus manufactured by Auve Tech in Estonia is the first self-driving fourth category vehicle in Greece that has been declared street legal.

Estonian ambassador to Greece Priit Pallum welcomed the future-oriented cooperation between Estonia and Greece upon the launch of the Iseauto in Lamia. “Welcome to the future! Estonian companies are testing technology and service here in Lamia today, which will be the normality in 10 years,” Pallum said.

Lamia Mayor Thymios Karaiskos said that the experience from such tests provides an opportunity to become familiar with new technologies.

“It is important for our country to adapt quickly to robotics and digital technologies so that we do not lag behind the new technological revolution in the world,” said the mayor.

Tallinn University of Technology (TalTech) is responsible for the development and testing of the scientific side of the project and innovative solutions, with whom the first prototype of the Iseauto was completed a few years ago.