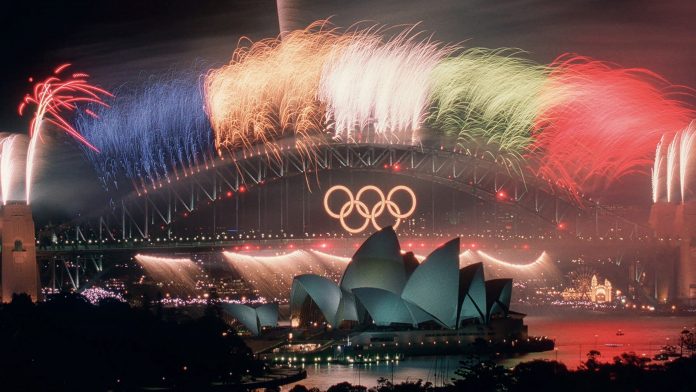 Sydney 2000 not only marked the turn of the millennium but the turn of several world records.

For this reason, the Greek Herald has a few key figures and statistics which capture the scale of what then-IOC President Juan Antonio Samaranch called the “best games ever”.

The Olympic Games remains fond in the hearts of the 45 thousand volunteers and more than 12 thousand performers who made it happen.

More than 10 thousand athletes – 140 from Greece – traveled to Australia from an unprecedented 199 countries and territories to compete in a record 28 sports.

More than 4.5 million fans passed through the gates at Sydney Olympic Park and billions more were watching on from the comfort of their own couches because, luckily enough for them, the Games had the largest press gathering and broadcast feed ever.

Precisely 3.7 billion people tuned in – a 20% increase from the previous Games – and stayed tuned in: the average Australian viewing exceeded 49 hours per person.

The Games even brought the unlikeliest of rivals together: North and South Korea who, together, marched under the flag of the Korean Peninsula in the opening ceremony.

Closer to home, the Games had a transformative impact on Australia’s Indigenous communities and no more so than when Cathy Freeman lit the Olympic cauldron and won the women’s 400 meters.

It earned Australia one of its 16 gold medals, along with its 25 silver and 17 bronze, and helped the country rank 4th in its Games.