On This Day in 1872: Corfiot composer, Nikolaos Mantzaros, passed away 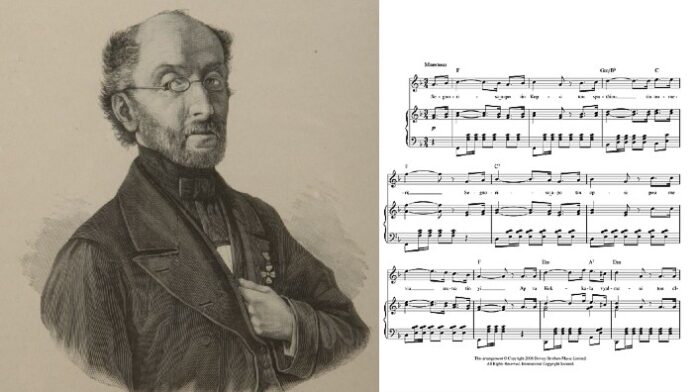 Nikolaos Chalikiopoulos Mantzaros was a Greek-Italian classical composer who left behind a plethora of compositions and an irrepressible mark on Greece’s musical history.

He was a well-respected and prominent dilettante of Western music in the 19th century, who famously composed the national anthem of Greece and Cyprus.

The Greek Herald takes a look back at his life.

Nikolaos Halikiopoulos Mantzaros was born on 26 October 1795 in Corfu, Greece, to a wealthy, aristocratic family.

Nikolaos began writing and composing in 1815 and composed the first preserved Greek opera, Don Crepuscolo (1815). He went on to study at the famous music school of San Sebastian in Naples, Italy, under Italian composer Niccolo Zingarelli. Nikolaos would develop his eccentricities and an interest in Romantic idealism here over the next four years. Mantzaros later abandoned romanticism in the 1840s to explore the “sublime.”

The first revolt of Greece’s War of Independence would kick off a few years later and mark a transformation for Greece’s music scene. Greek musicians living in western Europe, including Mantzaros, returned home to help usher in numerous Western orchestras, choirs and musical societies. Greece’s musical scene was flourishing by the middle of the 19th century.

Some of Mantzaros’ notable works include setting music to the poems of Dionysios Solomos in the collection 16 Arie Greche (1830) and composing sacred music for the Catholic Rite around the 1820-1830s in Te Deum (1830).

Mantzaros later began teaching music in 1827, free-of-charge, before going on to form Greece’s first musical institution, the Philharmonic Society of Corfu, on 12 September 1840.

Mantzaros was the artistic director of the Society from 1841 to 1872. Among his students was well-known composer and guitarist Spyridon Xyndas.

In his time, Mantzaros wrote 24 symphonies, five liturgies, pieces for piano, marches, waltzes, and songs, ranging from sacred to symphonic, opera to lyrical, and instrumental to vocal.

Nikolaos’ legacy birthed an entire generation of Greek and Italian poets, composers, and translators that shaped the music of the Ionian Islands.

The Nikolaos Museum of Music in Corfu, Greece, honours this legacy.