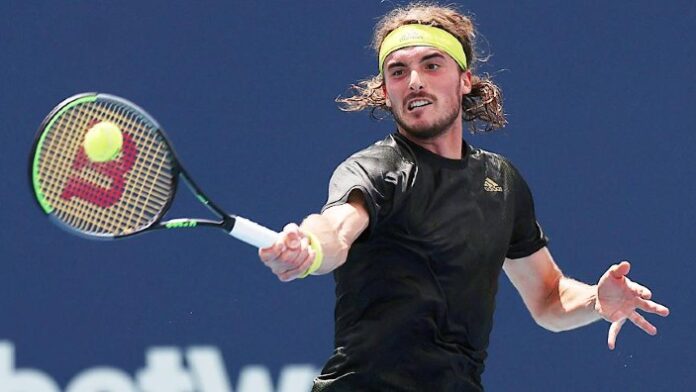 Stefanos Tsitsipas has overcome a mid-match hiccup against Kei Nishikori to advance to the Miami Open round of 16.

Greek second seed Tsitsipas dominated the first and third sets in a 6-3 3-6 6-1 victory over the resurgent Nishikori, who is climbing his way back up the rankings in his comeback from a long layoff through injury.

Tsitsipas broke early to build a 3-0 lead and didn’t take his foot off the gas as he dropped only four points behind his serve during the set.

Nishikori grabbed the momentum early in the second set on his way to squaring the match.

But Tsitsipas, who fired 32 winners, regained the ascendancy with two further breaks of serve before he closed it out on his first match point.