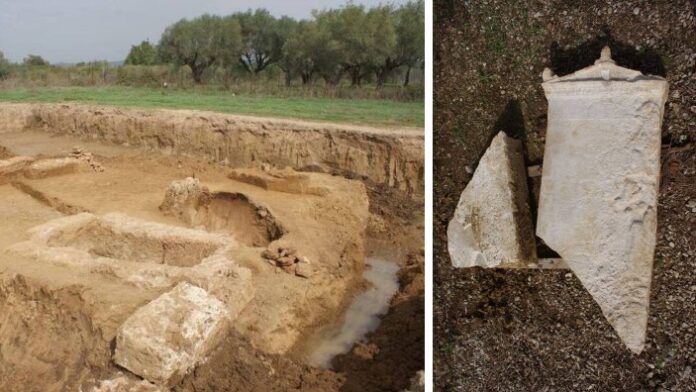 Eight ancient Greek tombs of various types were discovered during recent excavation works by the Ephorate of Antiquities of Ilia in southern Greece on a privately owned plot of land.

The Greek Culture Ministry said the tombs date from the end of the 4th to the 2nd century BC.

They are part of the western necropolis of the ancient city of Elis, from which more than 200 tombs dating to the late Classical and Hellenistic period have been excavated to date.

Of particular importance are the findings in one of the tombs, which has a bronze urn with a floral decoration on the handles and lion heads where the handles meet the rim, and a bronze folded mirror.