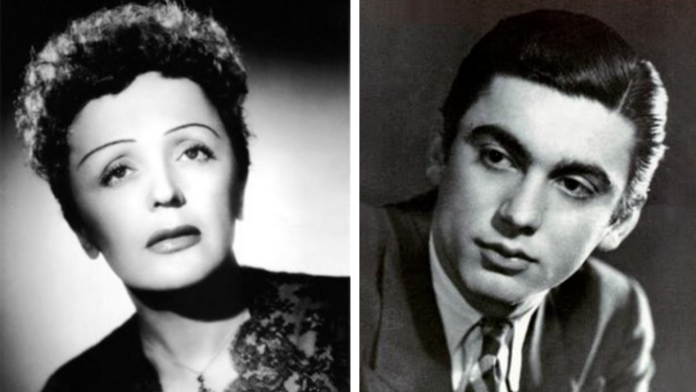 It’s a love story not many know about. France’s great cultural icon, Edith Piaf, meets with Greek stage and movie actor, Dimitris Horn, and later sends him a passionate letter saying she would “give everything up” for him.

Piaf met Horn at a tour stop in Athens in 1946, the year she released her signature song La Vie en Rose.

Later, in a letter dated September 20, 1946, Piaf, who was then 31 and at the height of her fame, proclaimed her everlasting love for “My Taki.”

“I love you as I have never loved anyone, Taki, don’t break my heart,” she writes to Horn, urging him to visit her in London or Paris.

“I would like to live very near you, I think that I could make you happy and also believe that I understand you very well. I know that I am capable of giving everything up for you.”

The letter was partially released ahead of an auction by Vergos Auctions in Athens in 2009. It was kept under lock and key in the Greek capital along with a telegram, marked “urgent” and also addressed to Horn.

In the telegram, sent two months later, the clearly infatuated chanteuse again declares her love for the up-and-coming thespian, beseeching him to write to her under the name Mme Bigard at 26 Rue Berry.

But it seems the love affair had waned by that time, as there is no evidence Horn responded in kind and both had other lovers.

Horn had a longstanding romance with a popular Greek actress and married twice before his death in 1998. He never spoke publicly about his acquaintance with Piaf.

Piaf met the European middleweight boxer, Marcel Cerdan, who, of Piaf’s many lovers, was considered to be her greatest. She died of cancer in 1963, aged 47.

In the end, officials at the Greek auction house told CBC that the handwritten letter and envelope, along with the telegram and a theatre program from a performance Piaf gave in Greece, were sold for $2,702 AUD to a private collector.

“We will never know how Horn felt [about Piaf], but with their blind passion these manuscripts testify that it was clearly a case of love at first sight for Piaf,” Petros Vergos, Greece’s leading auctioneer, said.