Aliki Diplarakou: All you need to know about Greece’s first Miss Europe 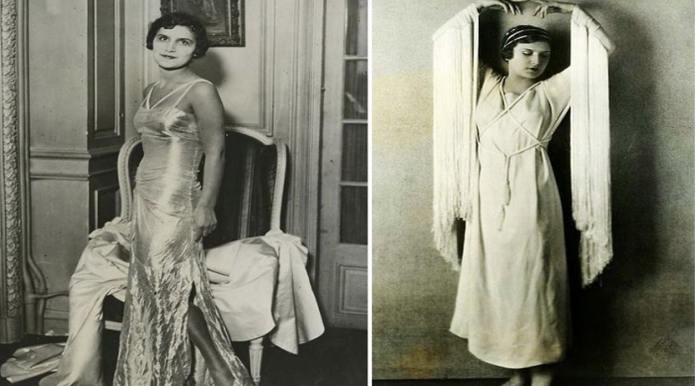 Aliki Diplarakou was born on August 28, 1912, in Athens, although her family was originally from Mani. She was one of the three daughters of lawyer Georgios Diplarakos and Elena Nikolesi. The original family name was Vavouli, but it was converted to Aliki’s paternal grandmother’s maiden name of Diplarakou. After being elected Miss Hellas, she became the first Greek contender to win Miss Europe.

The beauty queen had big brown eyes, and thin beautifully shaped lips, with a of height 1.68m and a thin figure she was the ideal woman of that era.

In 1929, the Aliki represented her home town as Miss Athens in the Miss Hellas contest. She won first place and was awarded the chance to represent Greece at the Miss Europe contest in Paris. Aliki was also successful in this contest and was ultimately crowned Miss Europe on 6 of February 1930.

That same year, the 18-year-old Greek beauty was chosen to represent her nation and continent (Europe) in the Miss Universe Pageant. Diplarakou came so close and finished second in the event, which took place on October 13, 1930, in Rio de Janeiro, Brazil.

Aliki was most renowned for her success in these pagents, however this Greek beauty had more than just a gorgeous face. Diplarakou, who was well-educated, independent, and eloquent, defied stereotypes about beauty pageant participants. She was a polyglot who knew four languages and subsequently lectured on ancient and current Greek culture in the United States. She could speak fluently English, French and Italian.

In 1932 Diplarakou married Paul-Louis Weiller, a rich French director from the Gnome et Rhône family. The couple had only one child, Paul-Annick Weiller, he would later be married to Princess Olimpia Torlonia di Civitella-Cesi. Alika and Paul Annick became grandparents of the Princess Sibilla of Luxembourg. Diplarakou and Paul’s marriage did not last and they seperated.

Her second marriage was with Sir John (Jack) Wriothesley Russell, a descendant of John Russell, the sixth Duke of Bedford. Through this marriage Diplarakou received the title of Lady Rusell. The couple had two children, Georgiana Alexandra Russell and Alexander Charles Thomas Wriothesley.

In 1953, more than two decades after Aliki became Miss Europe the Times Magazine published an article titled “The Climax of Sin.” In the article the focus was women liberation and it featured a story about Aliki in 1930, when she dressed herself as a man and entered sacred Mount Athos, where women are not permitted. The narrative of Mount Athos showed the world how strong and forward thinking Aliki was.

Aliki Diplarakou, who passed away in her 90s, was buried as Lady Alice Russell on November 7, 2002, by the Hagia Sophia Orthodox Cathedral in London.

Aliki Diplarakou is remembered not only for her beauty, but for her strength and inelegance as a woman.